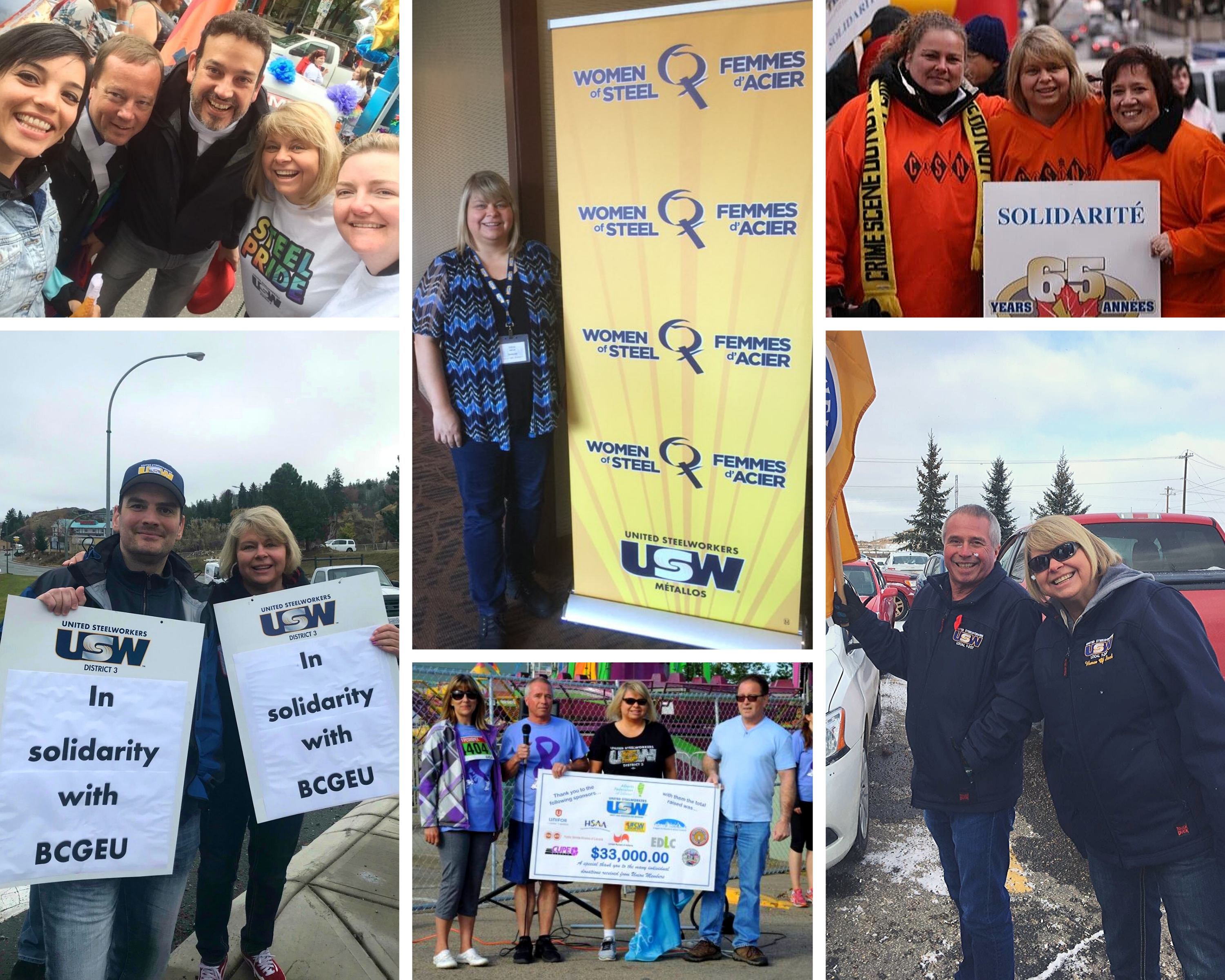 The annual International Women’s Day Award was introduced in 1990 to recognize a sister in the labour movement for her outstanding commitment and leadership in the trade union movement and community. She should be dedicated to equity and the application of a feminist lens in union and community work and be dedicated to labour activism which may include holding, or having held a position within her union, involvement in her local, or within provincial or federal labour coalitions.

This year we are honouring Ivana virtually because this year’s AFL Midterm was cancelled due to the COVID-19 pandemic. She will receive her physical award at next year’s AFL Convention.

It is an honour and a pleasure to nominate Sister Ivana Niblett for the AFL 2020 International Women's Day Award. Ivana is definitely worthy of consideration for this prestigious award for her tireless work in the labour movement and her community. When I first met Ivana we were both on the AFL Education Committee and she was the National Vice President of the Telecommunications Workers Union and a Business Agent for them as well. She was chairing the committee and would instruct courses at the annual Fall School in Jasper.

Shortly after that, the TWU was in merger talks with the United Steelworkers and she was instrumental in making the merger a success. USW Local 1-207 hired her on as a Business Agent and she became Chair of our Women of Steel Committee. As Chair of the committee, she guided a group of dedicated activists to several major accomplishments one of which our Local is very proud of and that is The Jessica Martel Memorial Foundation. This Foundation was born out of tragedy after Jessica Martel was murdered by her domestic partner in part because there were no shelter beds available when she wanted to leave her abusive relationship. Ivana was successful in raising twenty-six thousand dollars at an AFL convention and with that, the Labour movement has raised close to one hundred thousand dollars for this important cause. The dream has now become a reality and the 9000 square-foot shelter is scheduled to open in a couple of months. Ivana was a huge part of making this a reality.

Ivana has always been active in her union and she holds a position as 1st Vice President of USW Local 1-207 and she is currently a Labour Relations Officer for the United Nurses of Alberta. She has always participated in the AFL attending many Pride Parades and other functions put on by the Alberta Federation of Labour. She spoke at the "Justice for Debbie" rally in Calgary in October after one of our healthcare members was murdered on the job.

Ivana also sits as a Board Member for the Workers Compensation Board as a representative of Labour. She is a smart dedicated, hardworking Labour Representative and truly worthy of this award.

Thank you in advance for your consideration,