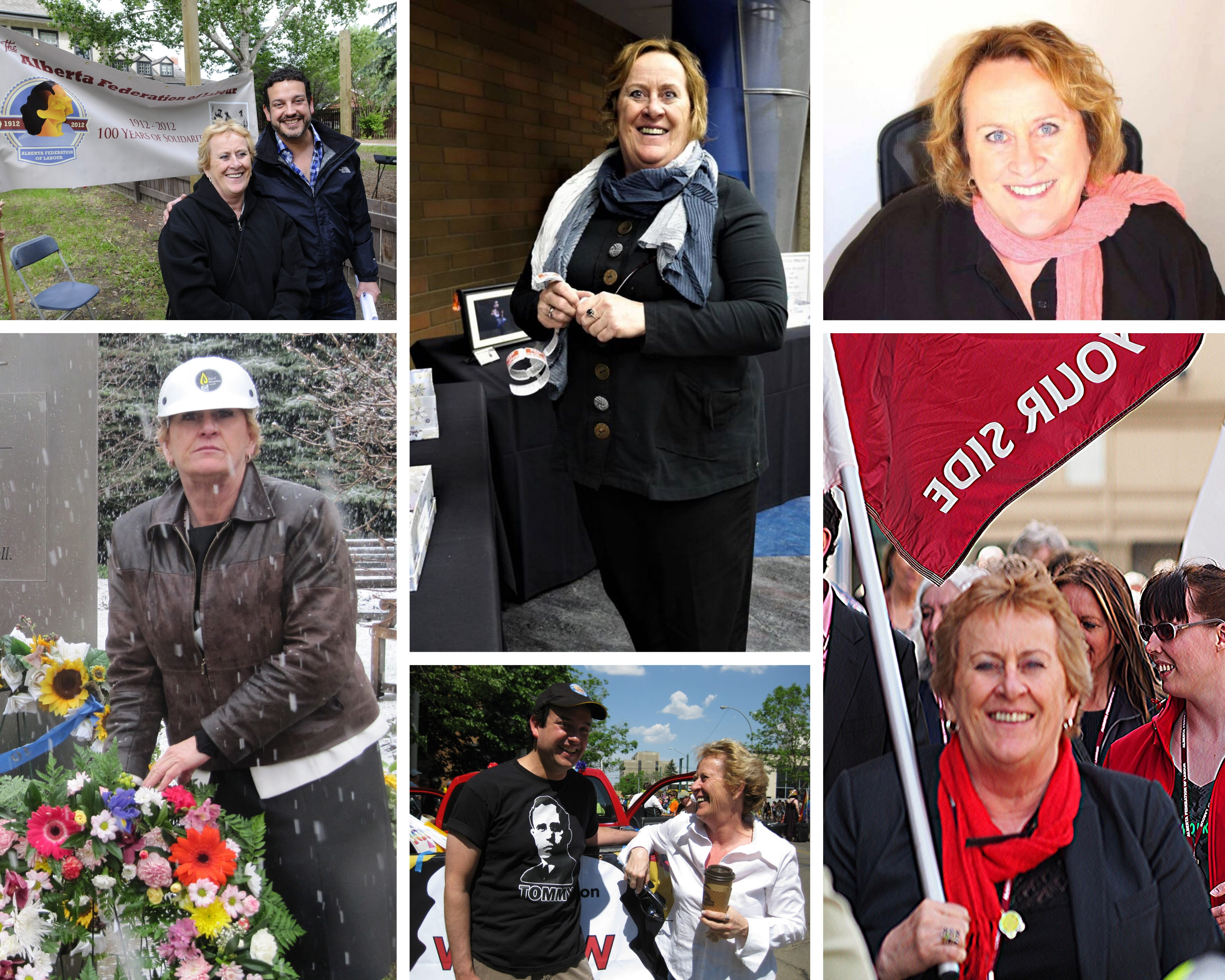 The annual May Day Solidarity Award was created in 1989 and is given to an Alberta trade unionist for their contributions in advancing workers’ rights within and outside the labour movement.

This year we are honouring Nancy virtually because this year’s AFL Midterm was cancelled due to the COVID-19 pandemic. She will receive her physical award at next year’s AFL Convention.

Nancy Furlong is a woman who needs no introduction within the Alberta labour movement. She has an extensive history of advocacy and is widely known and respected.

Nancy started out her career working in labour relations, advocating for union members and fighting for their rights in the workplace. That work moved her to deepen her involvement and work for broader labour rights for Albertans by serving as the Secretary-Treasurer of the Alberta Federation of Labour (AFL) from 2007 to 2013.

During her time as Secretary-Treasurer, Nancy worked with the many affiliates, large and small, to bring people together around the issues that matter. She has consistently demonstrated both her skill and commitment to advancing the interests of the labour movement and modeling labour values. She recognizes that the labour movement’s vision is of a just and fair society for all, and that working for broad societal improvements is part of the work that must be done to achieve that vision.

In seeking out new challenges and opportunities, Nancy left Alberta for a couple of years, working as Staff Director for the Society of Energy Professionals from 2015-2017, but she couldn’t stay away for long. She returned to Alberta to take on the position of Director of Operations for the Non-Academic Staff Association at the University of Alberta (NASA).

Nancy has always seen the labour movement as having an important role in pushing for societal improvements that benefit everyone. While at NASA she brought forward the idea of pushing for an Alberta Dental Fee Guide. Since Ralph Klein eliminated the former Dental Fee Guide, dental costs in Alberta have skyrocketed higher than in any other province. Through a petition, building support from other unions and partners, and government lobbying, the former NDP government was convinced to bring back a Dental Fee Guide for Alberta and push dentists to reduce their fees. While dental fees remain high compared to other provinces, the Fee Guide provides a base cost for use by benefit plans and a comparator to assist the general public in shopping for a reasonably priced dentist.

One important part of Nancy’s recent work has been bringing NASA into the House of Labour. She played a strong role in communicating the benefits of affiliation with the AFL to NASA’s Executive Board, and then to the NASA membership. Nancy has always believed that unions working together can accomplish more than they can alone. She played a strong role in shaping communications to NASA members about the benefits of being part of the larger labour movement.

Nancy also sits on the Alberta Labour Relations Board where she draws on her wealth of experience which includes representing unions in rights and interest arbitration, contract negotiation and administration. Nancy's unique perspective comes from the variety of roles she's held while working full time for unions including representation, education, administration and management.

Nancy is an outstanding Alberta labour leader and is well-deserving of recognition for her work.