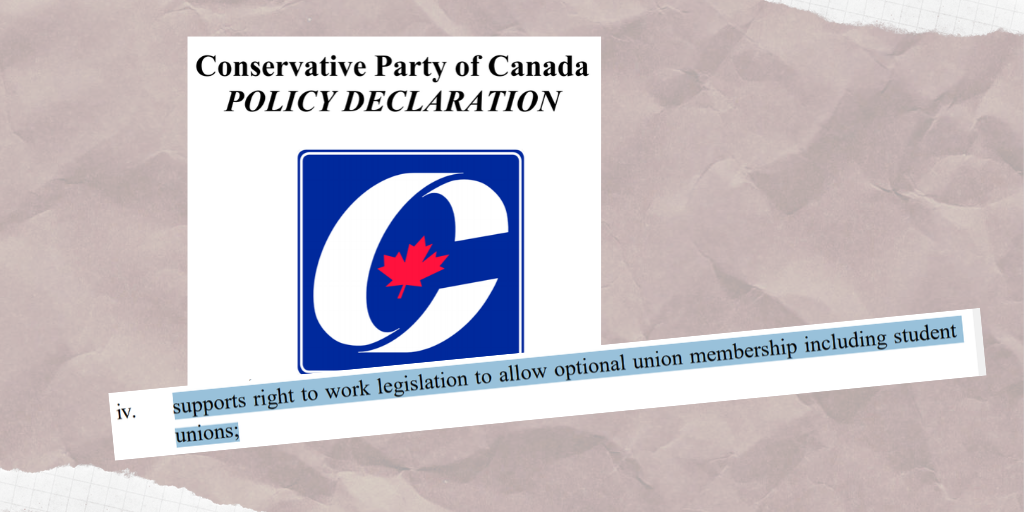 Anti-union policy is at the heart of the Conservative party

This election, vote against the Conservatives and American-style right-to-work laws

In their policy declaration, the Conservative Party of Canada supports American-style right-to-work laws that drive down wages by starving unions of funds needed to stand up to anti-union, low-wage-agenda groups and governments.

Right-to-work laws weaken unions so they cannot fight on behalf of workers by depriving them of stable funding. Union membership in the American states that have these laws are lower than non-right-to-work states. American states where this is the law have lower wages for both union and non-union workers.

In the words of Martin Luther King, the goal of right to work laws “is to destroy labor unions and the freedom of collective bargaining by which unions have improved wages and working conditions of everyone.”

All Alberta union members and all Albertans who believe in better jobs, better wages, and a better society need to vote against the Conservatives in this federal election.

A vote for the Conservatives is a vote against a robust Canadian middle class. Remember that when you cast your ballot on Monday.