Statistics Canada released its regular Labour Force Survey on Friday, which catalogues the labour market conditions like employment and unemployment for the month of August.

While the COVID-19 pandemic hammered labour markets across Canada, the survey shows multiple levels of unevenness and disparity in the recovery. The economies of Alberta and Newfoundland and Labrador – both resource-dependent economies – were hit harder by the pandemic than others, and the economies are not rebounding as quickly.

The Survey also showed other layers of disparity in the recovery: the labour market for youth, racialized and Indigenous workers did not recovery as quickly as other workers.

The Kenney government should certainly re-consider its plans for a “fiscal reckoning” with severe austerity through cuts and wage reductions which would only make this severe recession worse.

In other words, more Albertans gave up looking for work than those who found jobs last month.

Alberta’s 11.8 per cent unemployment is the second-worst in Canada, after Newfoundland and Labrador’s at 13.1 per cent. Both economies are heavily dependent on revenues from non-renewable resources. 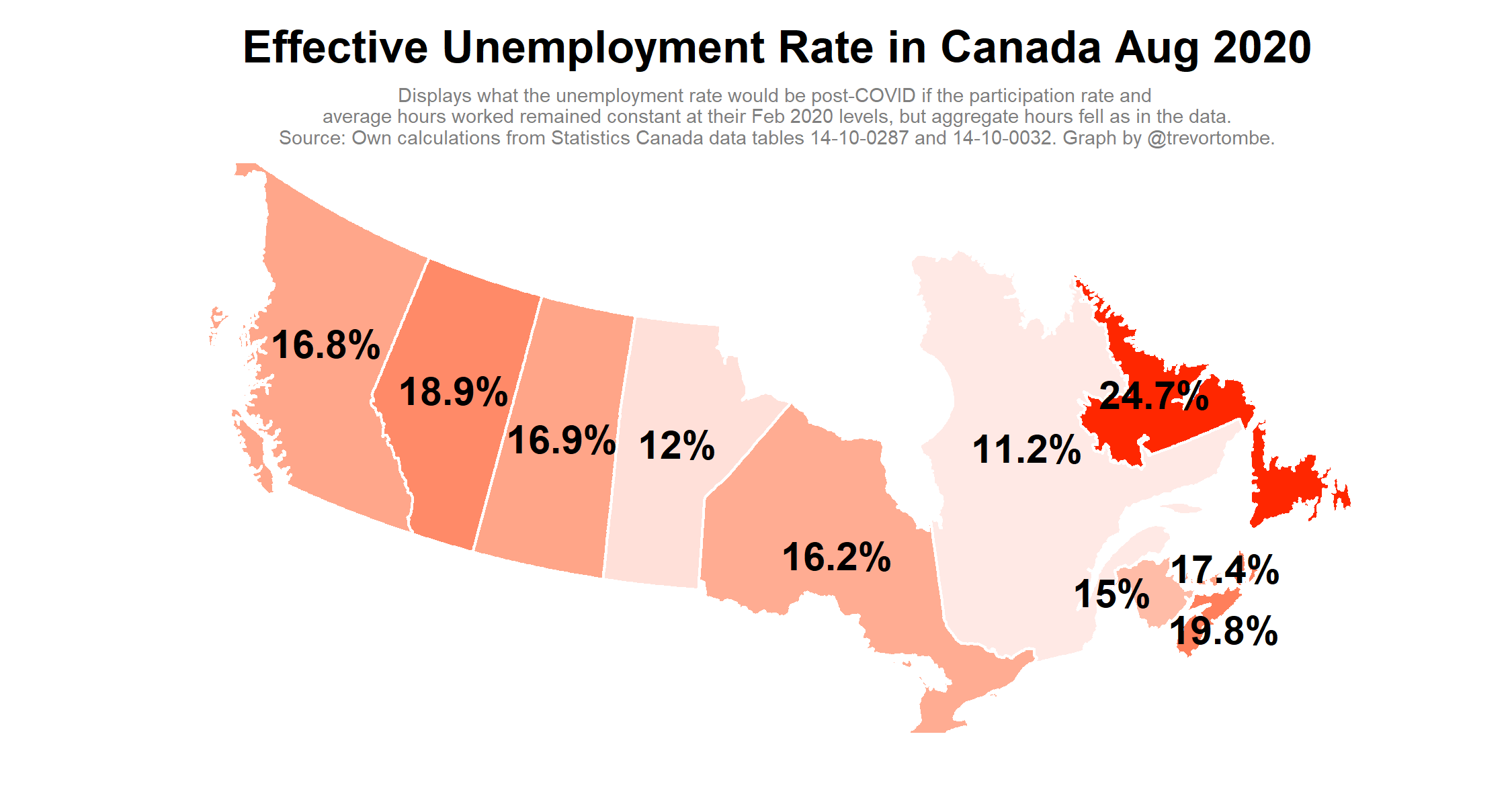 Calgary has the highest unemployment rate of any major municipality in Canada (14.4 per cent), while Edmonton has the third-highest (13.6 per cent). Toronto’s rate is 13.9 per cent.

Alberta’s unemployment rate is 11.8 per cent (down from 12.8 per cent, a month previous). Only Newfoundland and Labrador has a higher rate (13.1 per cent).

While the Canadian labour market recovers from the pandemic (with the exception of Alberta, and Newfoundland and Labrador’s), there are some troubling disparities within Canada to note:

The bottom line is, Alberta workers are hurting. These labour market conditions for August are dire. The Kenney government needs to address these conditions by helping with the conditions needed for jobs, not cuts and austerity. The Kenney government needs to look at targeted spending on things like child care, to allow working families to fully participate. Safe schools and clean hospitals – health care and education are key to any economic recovery.