Why? Because the UCP want a privatized American-style for-profit health care system

Jason Kenney and the UCP cut health-care spending, on a per-person basis, in 2021, during the global COVID-19 pandemic. Although Jason Kenney tries to justify these cuts with sham panels and false statistics, he isn’t fooling Albertans anymore. As further proof of their desire to dismantle public health care, the United Conservative Party revealed their true ideological plans at their AGMs.

According to data from the Canadian Institute for Health Information (CIHI), Alberta government spending per person on public health care dropped by 3.6 per cent in 2021, the largest decrease in Canada. These figures do not include federal government support for the provinces’ COVID-19 response, but do include normal federal health transfers, which have increased yearly. 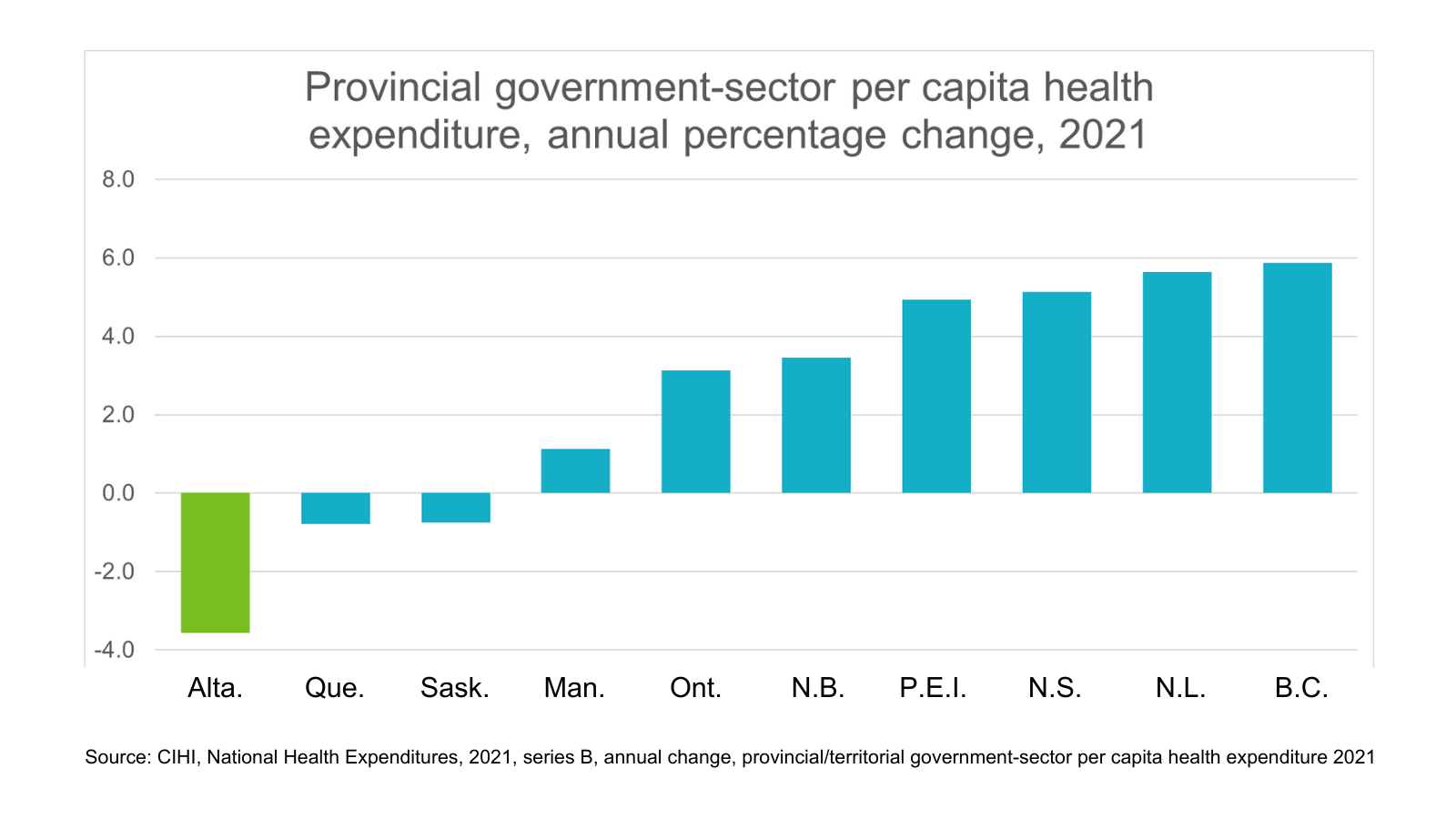 In the 2019 election, Jason Kenney and the UCP promised to “maintain or increase health spending,” but clearly that promise has not been honoured, as health care funding has not kept pace with population growth, inflation, or the added pressure of the public-health response to the COVID-19 pandemic.


Kenney misleads Albertans on the state of health funding

Premier Jason Kenney is dead wrong when he says we have the “most expensive health care system in Canada.”

The truth is Alberta certainly does not have the most expensive health care system in Canada - nowhere near – despite Premier Kenney repeatedly saying so. 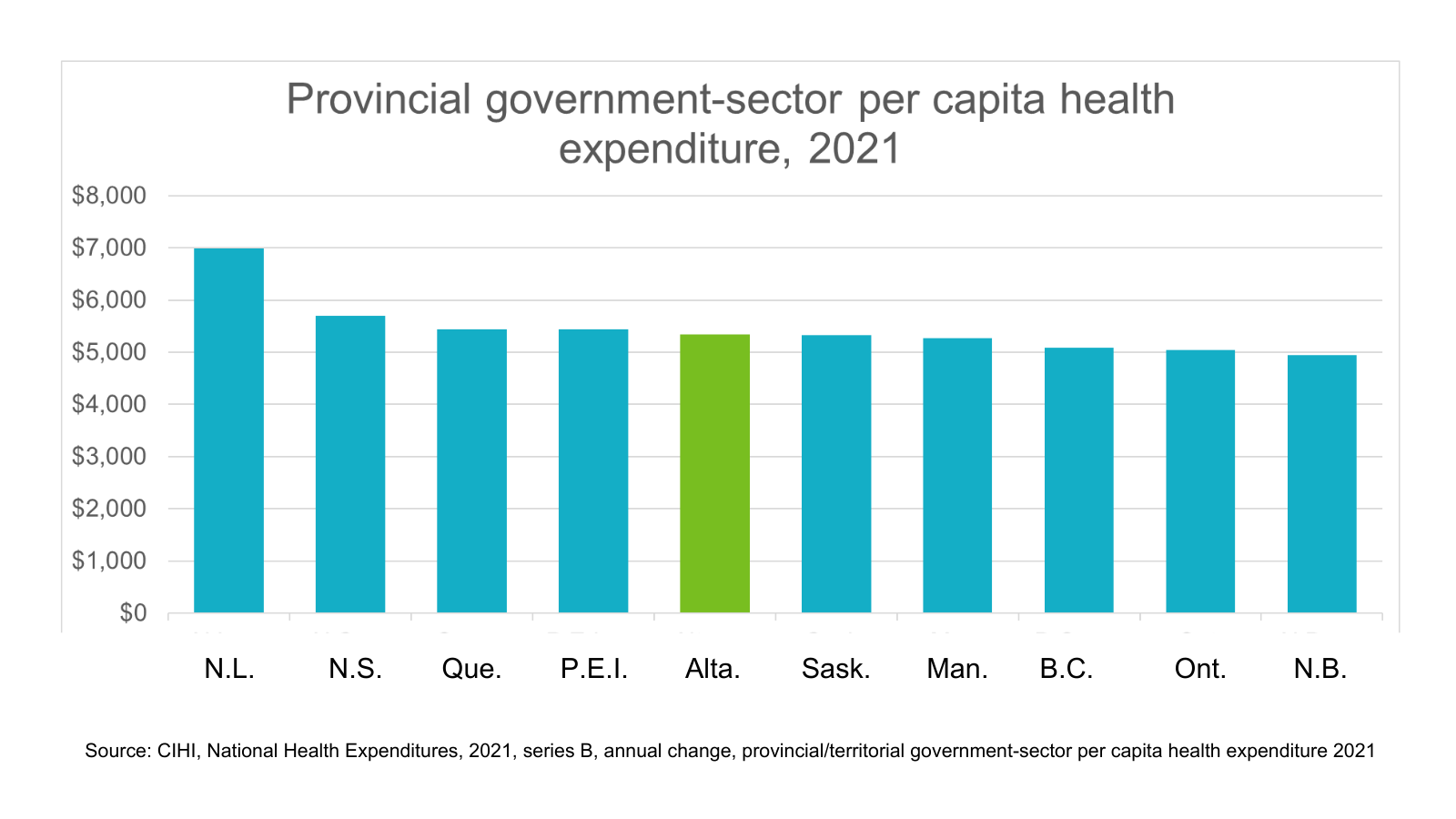 Despite the 2019 recession when the UCP were first elected, Alberta remains a wealthy province. However, we are spending less on health care as a share of our economy than any other province in Canada. 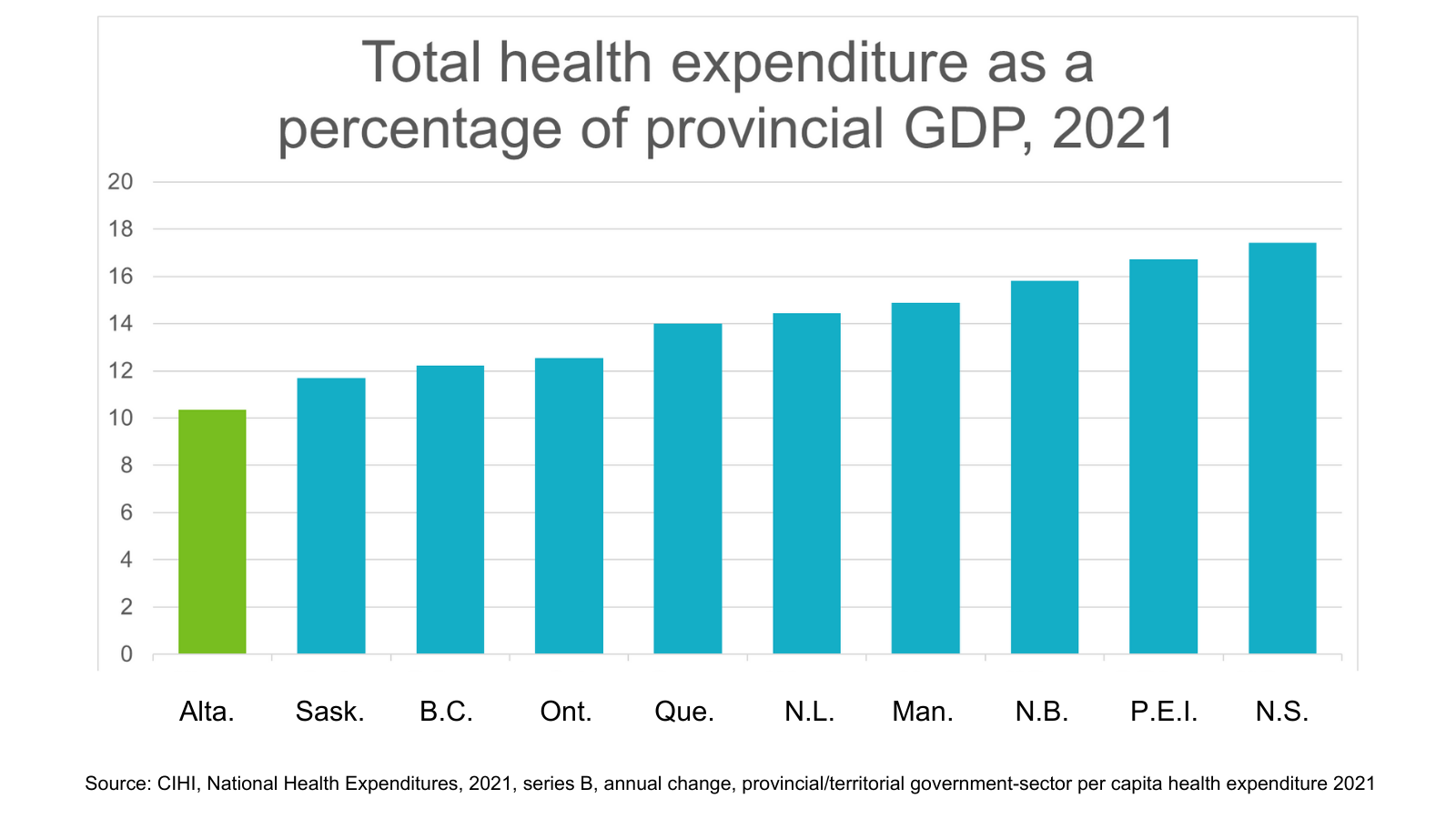 On January 20, Premier Kenney said, “here in Alberta, we have the most expensive health system in the country, even though we added 900 million to the baseline budget of health last year.”

On Monday, January 24, he repeated the misinformation on Twitter. Premier Kenney wrote, “We spend the most on health, per capita.”

Not only are Alberta’s investments in health care lower than several other provinces, Jason Kenney and his UCP government made even further cuts to health care spending on a per-person basis.

No matter which way you slice it, UCP Premier Kenney is wrong. Either Jason Kenney doesn’t know he’s wrong, or he is deliberately misleading Albertans.

Why would Jason Kenney and the UCP mislead Albertans on the state of health care funding? They say Alberta is the most expensive jurisdiction in Canada for health care spending per person, but that is simply not true. Any politician can make a one-off mistake, but when they repeat it, we can only assume it is an intentional lie.

The reason Jason Kenney lies about the level of Alberta’s health care funding is simple: he, just like conservatives elsewhere, wants to privatize health care.

After the 2019 election, Kenney’s UCP government attempted to warm Albertans up to health care privatization. He struck the highly-political MacKinnon Panel, chaired by Janice MacKinnon who made “draconian” cuts to Saskatchewan’s health care system, to give him political cover for cuts to public services, including health care. The Panel recommended private health care clinics and cuts to nurses’ wages.

The MacKinnon Panel was a sham. The Alberta Federation of Labour’s research showed that Jason Kenney and his team guided MacKinnon behind the scenes to make sure she stayed on script. We also found that her report contained information that was called “horrible”, “poor quality”, and “highly inaccurate” by government officials.

In 2020, the UCP fully embraced American-style health care by passing a resolution in favour of privately-funded, privately-delivered health care.

The United Conservatives also shredded the province’s contract with doctors and forced a fight with them during the pandemic with an attempt to impose lower compensation. Alberta doctors rejected the UCP’s cuts, but not before some very bizarre behavior from then-Minister Tyler Shandro when he confronted a doctor in the driveway of his own home.

Additionally, the UCP stopped work on a desperately needed public laboratory for our health care system and instead privatized those services. The UCP chose the profit-seeking company DynaLife to deliver these laboratory services instead of providing them through the public sector.

Last year, Kenney and the conservatives went to war with nurses, calling them overpaid compared to nurses in other provinces, and all but dared them to leave the province. All this during a global pandemic.

On top of that, Jason Kenney and the UCP introduced plans to lay off up to 11,000 frontline health care workers and privatize their jobs.

And if that wasn’t enough, Jason Kenney and the UCP axed presumptive WCB coverage for most psychological injuries from work, like post-traumatic stress disorder (PTSD) for frontline workers like teachers and nurses. With the previous NDP government, if any worker experienced psychological trauma at work, and was diagnosed by a physician or psychologist as having a psychological injury, it was presumed the injury happened at work. The UCP rolled this back to exclude most workers, and only include “first responders”, like police officers and firefighters.

Throughout the pandemic, Jason Kenney and the UCP have under-funded ambulance services and put patients’ health and lives at risk.

The UCP have brought nothing but chaos and stress to Alberta’s public health care system. Their meddling has pushed the system to the brink of a full-blown crisis.


But there is hope!

The UCP government has made more bad moves than most people can remember, but one thing is for sure: if we organize and fight back, we win.

With better investments and management, service delivery can be improved and wait times reduced within the public system.

Alberta’s unions are leading the way to stop Kenney and the UCP’s push for American-style health care. The United Nurses of Alberta (UNA) recently bargained for a better collective agreement with the government by getting organized in case the government locked them out or they had to go on strike. The Alberta Union of Provincial Employees (AUPE) similarly organized to fight the conservative government’s austerity agenda, and won.

But Jason Kenney and the UCP don’t want to fix our health care and they don’t want you to believe they can; they want to fulfill their dream of turning it into an American-style for-profit system.

We need to speak up.