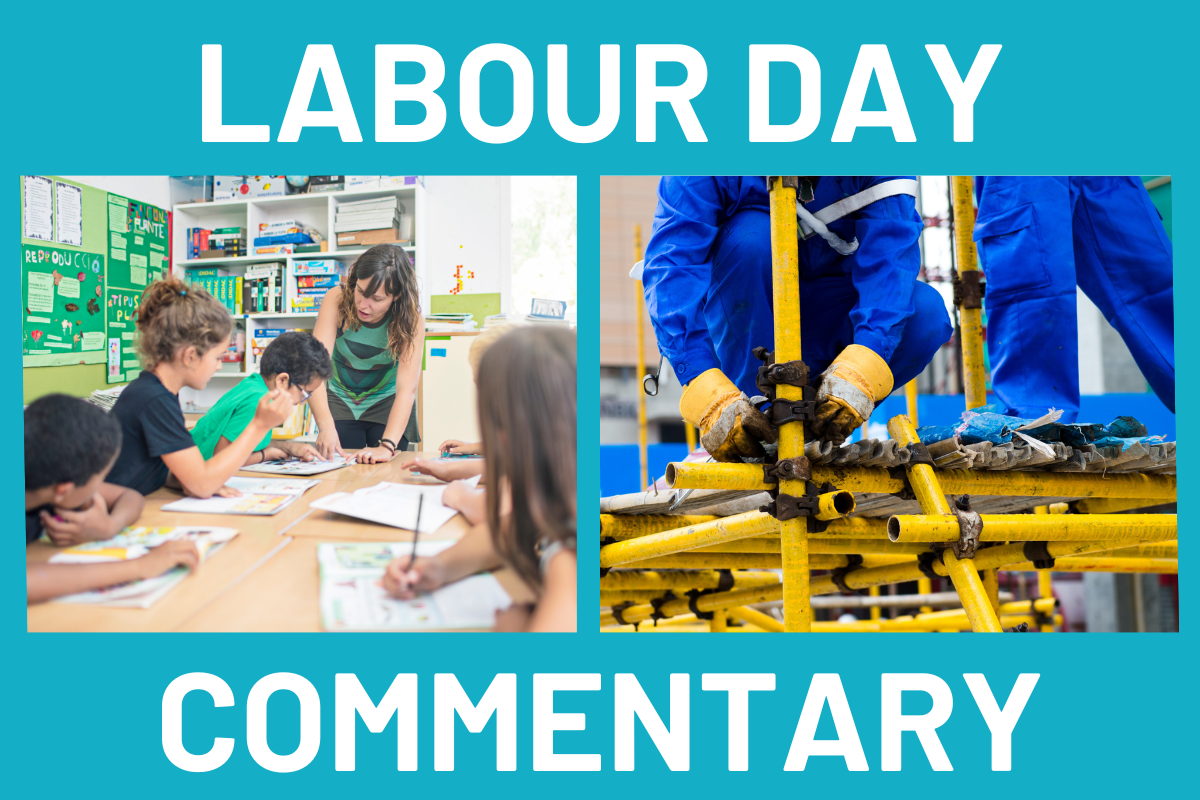 Labour Day commentary: The real freedom that Canadian workers don’t have is the freedom to act together on workplace concerns

Edmonton – September 2, 2022 – What do education workers in our schools and scaffolders on construction sites in the oilsands have in common?

The answer is simple and frustrating: neither group has the right to withdraw their labour to address emergent workplace concerns that fall outside the regular schedule of bargaining, even if those issues are of an urgent and pressing nature.

The case of the scaffolders has been in the news lately.

The workers threatened to stop working overtime – which they understood to be voluntary – if the employer continued to refuse to address their concerns about long hours and lack of a “living away allowance.”

Instead of addressing the workers’ concerns, the employer ran off to the Alberta Labour Relations Board (ALRB) – the body responsible for overseeing labour law on unionized worksites in the province – and quickly obtained an order warning that, if they refused to work the overtime demanded by the employer, the workers would be deemed to be “engaging in an illegal strike” and subject to termination.

The idea that workers can be forced to work so-called “voluntary” overtime against their will probably strikes most people as shocking and unfair, but sadly, it is an established fact in Canadian law.

Specifically, various provincial labour boards have ruled that if a group of workers have regularly worked overtime in the past, they can’t stop working that overtime in the future, no matter what might have changed in their workplace.

These rulings don’t come out of nowhere. Canada has a long history of restricting the ability of workers to engage in strikes or work slowdowns as a mechanism to force employers to address their concerns.

In the old days, governments looked the other way when employers brought in paid “security” forces to beat workers into submission when they dared to engage in collective workplace actions. Since the end of the Second World War, the approach has been more genteel and bureaucratic, but still very restrictive.

As in the case of the scaffolders, under the current legal framework, Canadian workers are only allowed to use the threat of withdrawal of their labour to back up their demands in a very narrow set of circumstances: specifically, when there is a union contract in place; when that contract has expired; and when bargaining towards a new one has broken down.

In other words, unionized workers can only legally use the threat of withdrawing their labour as a lever to pressure their employers every three or four years. Otherwise, they can be subject to termination and their union can be subject to crippling fines. Non-union workers can never do it legally.

This stands in stark contrast to the situation in many other industrial democracies. In most western European countries, for example, workers are allowed to engage in protests and strikes, at any time, on workplace issues like health and safety and even, in many cases, on “political” issues involving things like government policies on pensions and public services.

In these countries, workers’ collective actions are viewed as democratic rights and as an extension of freedom of expression.

That brings us to the case of education workers – who are very much on peoples’ minds as kids head back to school.

Many people have asked: why didn’t teachers and other education workers simply walk off the job when it became clear that the government wasn’t going to provide adequate protection against the transmission of COVID-19 during the earlier waves of the pandemic? Why are they not doing it now?

The simple answer is that they would be fired, and their unions would be fined millions of dollars if they did so.

Here in Alberta, it’s true that all workers technically have, under the Occupational Health and Safety Code, the “right to refuse” unsafe work – which could include refusing to work in an environment that has been made unsafe by COVID-19.

But, as currently constituted, the “right to refuse” is an individual right, not a collective one. The United Conservative Party (UCP) government also made the exercise of that right much more bureaucratic and difficult.

The result is that the “right to refuse” is really only an effective tool when the health and safety issue in question is narrow in scope (i.e., “I’m not going to work until that pile of pipes is properly secured”) as opposed to an issue that impacts a large group (i.e., “The lack of COVID-19 protections is making all of our schools unsafe, so we should all stop working until the issue is addressed”).

Over the past eight or nine months, conservative politicians and pundits have been railing against the “lack of freedom in Canada.”

When it comes to individual rights, that’s patently ridiculous. Canada does more than virtually any other country on the planet to protect and uphold the rights of individuals to freedom of speech, religion, and movement.

But the freedom of Canadians to act together in their workplaces to defend their shared interests is another matter.

Given the concerns raised by emerging issues that impact all of us – most notably the pandemic and climate change – we urgently need to revisit the stifling restrictions that have been placed on the ability of workers to act collectively in their workplaces.

If people truly want to make Canada a “freer” country, they should focus on expanding the freedom of workers to work together to defend themselves and advance the public interest.

That’s the kind of “freedom convoy” we should all be getting behind this Labour Day.