Wage cuts for some, a freeze for the first time this decade for everyone else

“Having a minimum wage is about helping people afford basic needs based on cost of living and fairly compensating work,” said Gil McGowan, president of the Alberta Federation of Labour. “Minimum wage workers would have needed a 20 cent raise this year just to keep up with inflation, yet instead, we see a government who has abandoned the goal of achieving a living wage for everyone who works in our province.”

This freeze follows the government’s roll back of the minimum wage for students to $13 an hour earlier this year. At the time Kenney was quoted as saying, “Look — 13 bucks an hour — that’s a heck of a lot more than zero bucks an hour.”

“One of Jason Kenney’s first acts as premier was to roll back the minimum wage for young people,” said McGowan, “and since then he has appointed a so-called expert panel stacked with industry lobbyists and employers, laying the groundwork for a further attack on wages for the lowest paid Albertans.”

In August, the Kenney government appointed a panel with a mandate to look at also lowering the minimum wage for hospitality industry workers who serve alcohol.

“Albertans are feeling the pinch under Jason Kenney’s government as the cost of groceries, school fees, car insurance, electricity rates and more are going up,” said McGowan, “yet, rather than giving our lowest paid workers a boost, this year, the Kenney government’s low wage agenda is fueling a race to the bottom.” 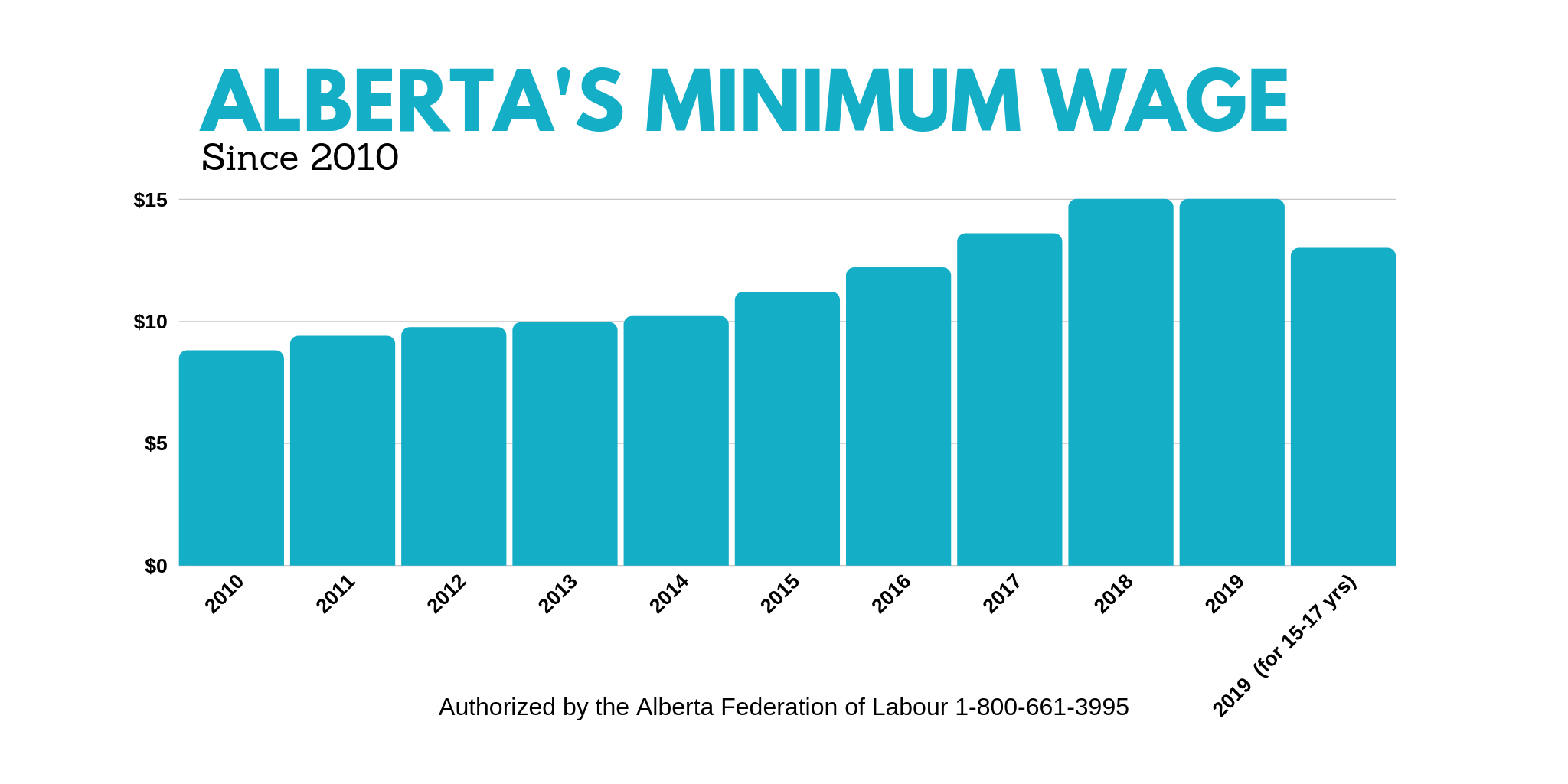