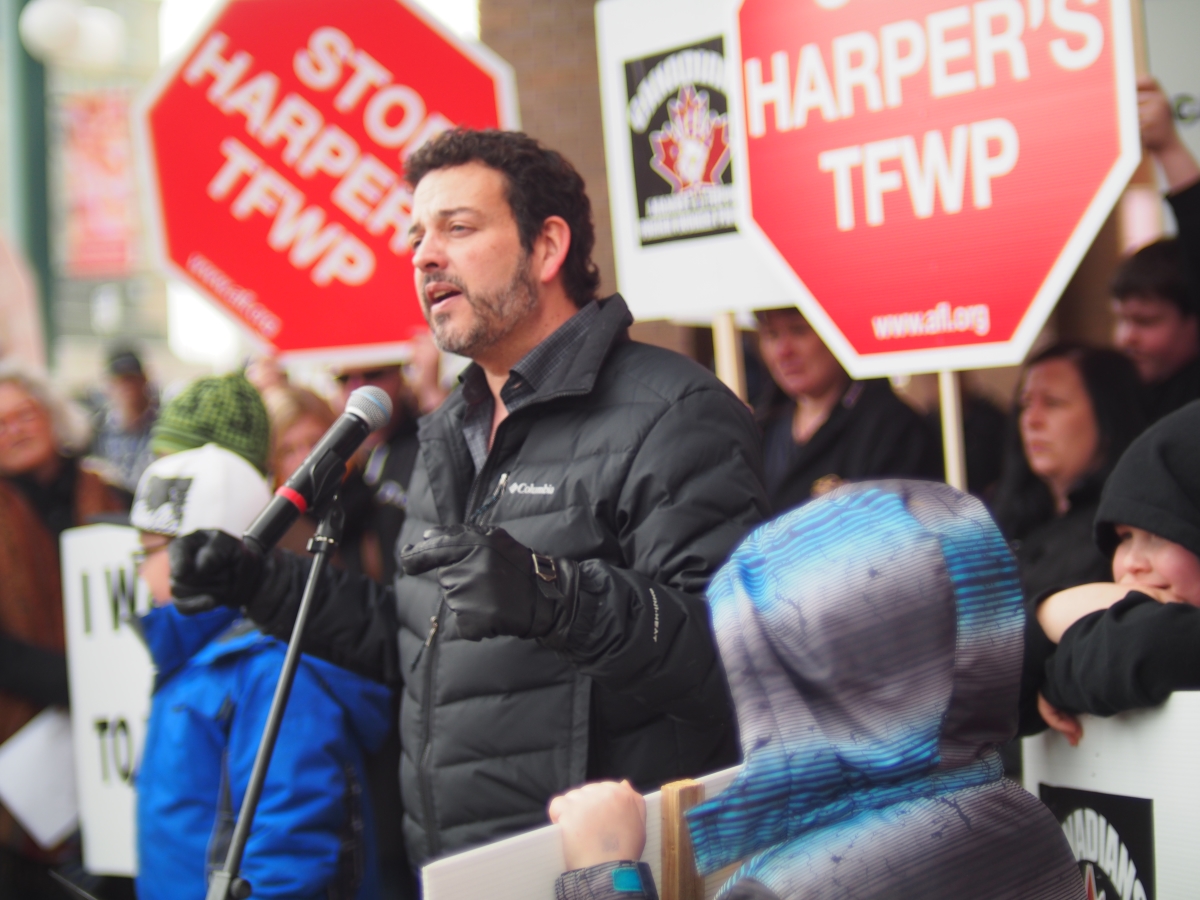 Launched in the early 1970s, and originally intended for limited high-skilled, high-paying jobs, the Temporary Foreign Worker Program has grown into an economy destroying nightmare that is putting Canadians out of work and enabling the exploitation of vulnerable migrant workers.

Because Temporary Foreign Workers are dependent on the whims of their employers for their right to stay in Canada, they are at a disadvantage in terms of negotiating for fair wages, safe workplaces and respectful treatment. They face higher rates of wage theft, higher rates of workplace abuse, and often work for lower wages.

Because some unscrupulous employers would rather hire workers they can push around and pay less, they choose not to hire Canadians. This means that Canadian workers are losing their jobs because of the Temporary Foreign Worker program. Even Canadian workers who keep their jobs face diminished wages because they face the threat of being replaced.

The Alberta Federation of Labour has been a leading critic of the program, providing analysis, research and advocacy to help curb the negative impact of the Temporary Foreign Worker Program.

What should be done to the TFWP?

The AFL has repeatedly called for the phasing out of the Temporary Foreign Worker Program, especially in low-wage sectors, because it is driving down wages and blocking the first rungs on the job ladder which traditionally have been filled by young workers, seniors and new immigrants.

What should happen to Temporary Foreign Workers who are already in Canada?

If someone has come to Canada to work, they should have the right to build a life here. The Alberta Federation of Labour believes that no worker should be beholden to their employer for the right to stay in the country. Workers who are in Canada already should be granted permanent resident status. Then the program should be ended for good.

Don’t we need the Temporary Foreign Worker Program to deal with a labour shortage?

The Alberta Federation of Labour has tracked the use of the TFW program, and has shown conclusively that it is not being used to respond to the availability of workers, but instead being used to drive down wages. During the last recession, employers brought in workers in low-skill, low-wage jobs, even in areas with high unemployment rates.

In a healthy labour market, wages go up when there is a shortage. In the occupations where employers have made the most aggressive use of the TFW program, wages have stagnated and fallen. There is no labour shortage, what there is, is a shortage of employers who are willing to play fair and respond to market pressures.

Aren’t there rules in place to prevent abuse of the TFW program?

In 2013, the federal government promised proactive monitoring of Temporary Foreign Worker employers.  That has not happened. In 2012, the government launched a black-list of employers who aren’t supposed to be allowed to access the TFW program. As of 2015, there’s only one name on it.

The government keeps promising to curb the abuses of the TFW program, but employers keep finding new ways to exploit migrant workers and to put Canadians out of work.

Clearly, the TFW program needs to be scrapped altogether.