Jason Kenney was elected in Alberta on the promise of economic prosperity and job growth but he plans to use MacKinnon report as a blueprint for delivering the opposite - putting Alberta on a path to another recession. If Kenney chooses to implement these flawed recommendations, Alberta can expect to see massive job loss in both the private and public sectors.

The AFL has created a report in consultation with economist Hugh Mackenzie, which examines four different scenarios if the UCP choose to implement the MacKinnon recommendations. In every scenario, the recommendations would put Alberta on a short path to economic recession, the most likely of which would mean cuts in public services of 20.2% over 4 years. These cuts over these 4 years would result in a 4.8% drop in GDP and the loss of just under 114,000 jobs. 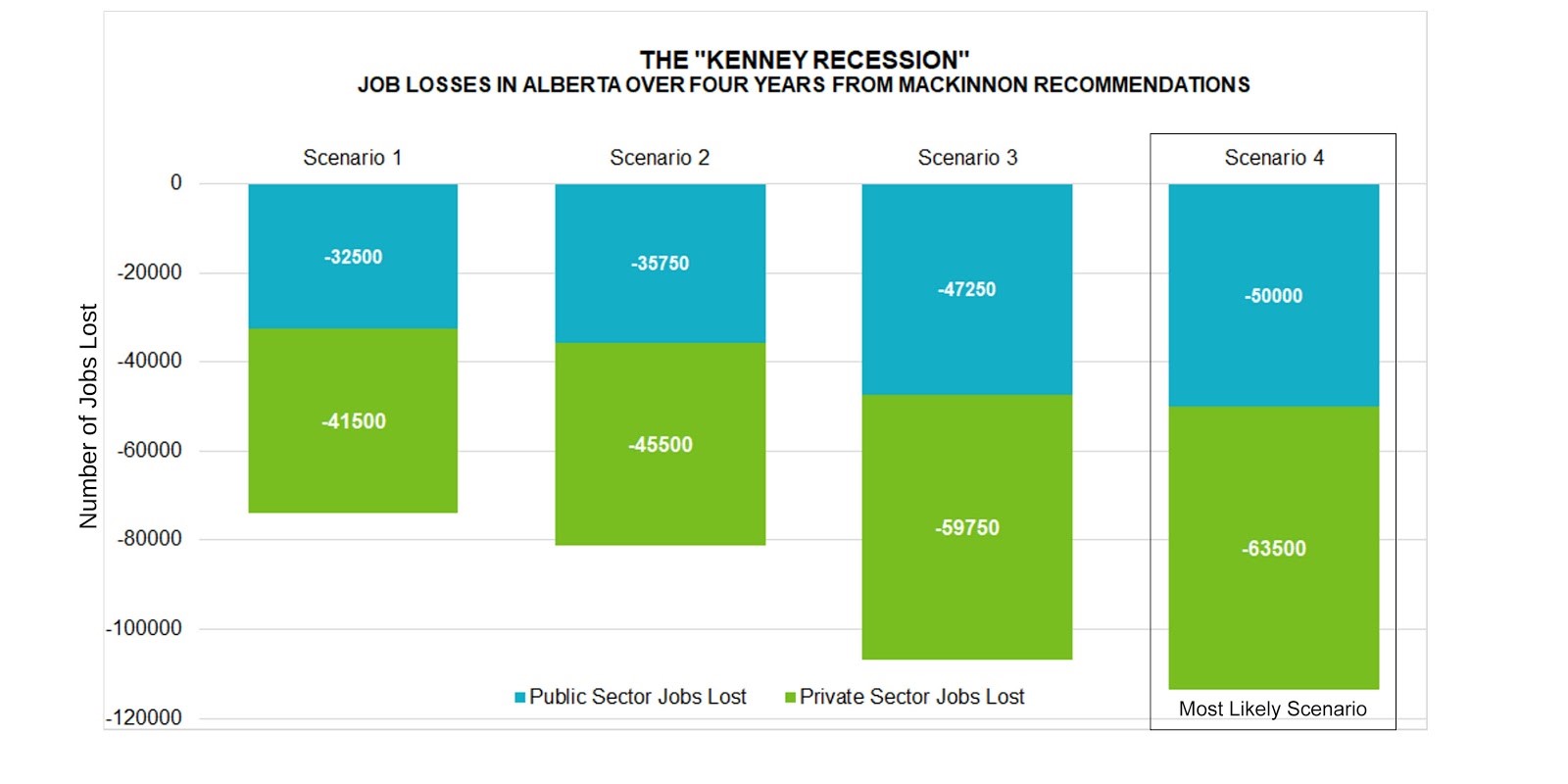 The reality is that this self-inflicted “Kenney Recession” could be worse than the economic crisis caused by the drop in worldwide oil prices. Choosing to implement the MacKinnon recommendations does not help build up our economy and does not help hard working families in Alberta. This flawed road map ignores the role the public sector has in the economy and the real effects these kind of cuts will have on people’s lives.  Instead, the recommendations promote an ideology of a smaller and less effective government that only serves the interest of the wealthy elite.

This is the choice facing the Kenney government. Kenney could choose to follow the MacKinnon recommendations and implement an ideological agenda that results in greater job loss for Alberta. Or, Kenney could choose to help keep more Albertans working and protect the public services that help families thrive as Alberta responsibly deals with its economic situation.

If Kenney chooses the MacKinnon recommendations, he is choosing a road map that will hurt Alberta’s economy, workers and communities. You simply cannot cut a key part of Alberta’s economy without risking the province tipping into a self-inflicted recession.