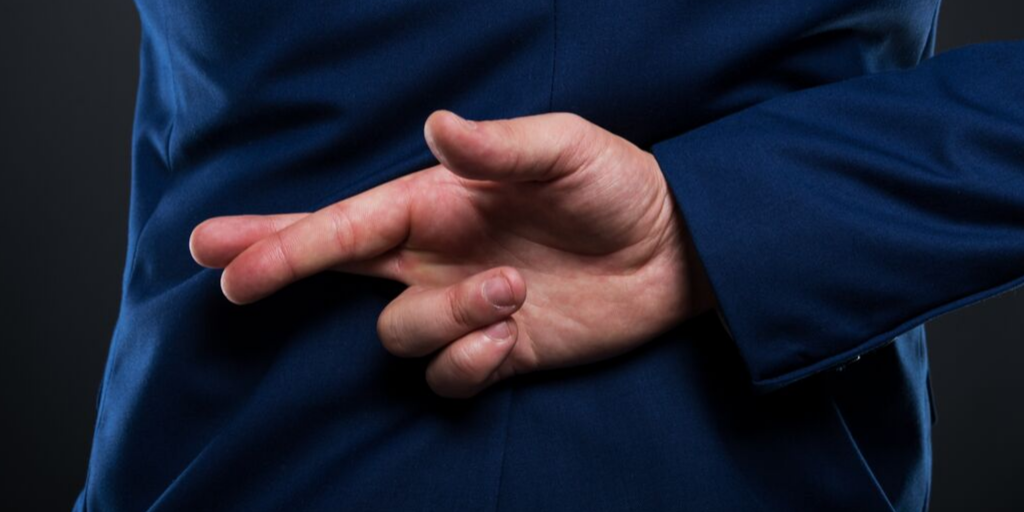 The Kenney government is about to make devastating cuts to education, health care and other vital public services that Albertans rely upon … based on distortions and outright lies about things like public-sector spending and public-sector wages.

As a service to Albertans, the AFL has prepared a list of the top 10 lies and distortions being used by the UCP to support their political narrative that there is no alternative to deep cuts.

“Both citizens and members of the media should carry this list around with them over the next two months to act as a shield against the avalanche of bulls#%t that’s about to be dumped on them,” says McGowan.

“The Premier and members of his government will attempt to force their distasteful, harmful and completely unnecessary policies down our throats. But, armed with the truth, we don’t have to swallow it.”

1. The UCP says: The Alberta economy is hurting badly, so we can no longer afford overly-generous public services.

The truth: Stories of Alberta’s economic collapse have been greatly exaggerated. It’s not that we can’t afford quality public services and infrastructure; it’s that the UCP is making a choice not to. 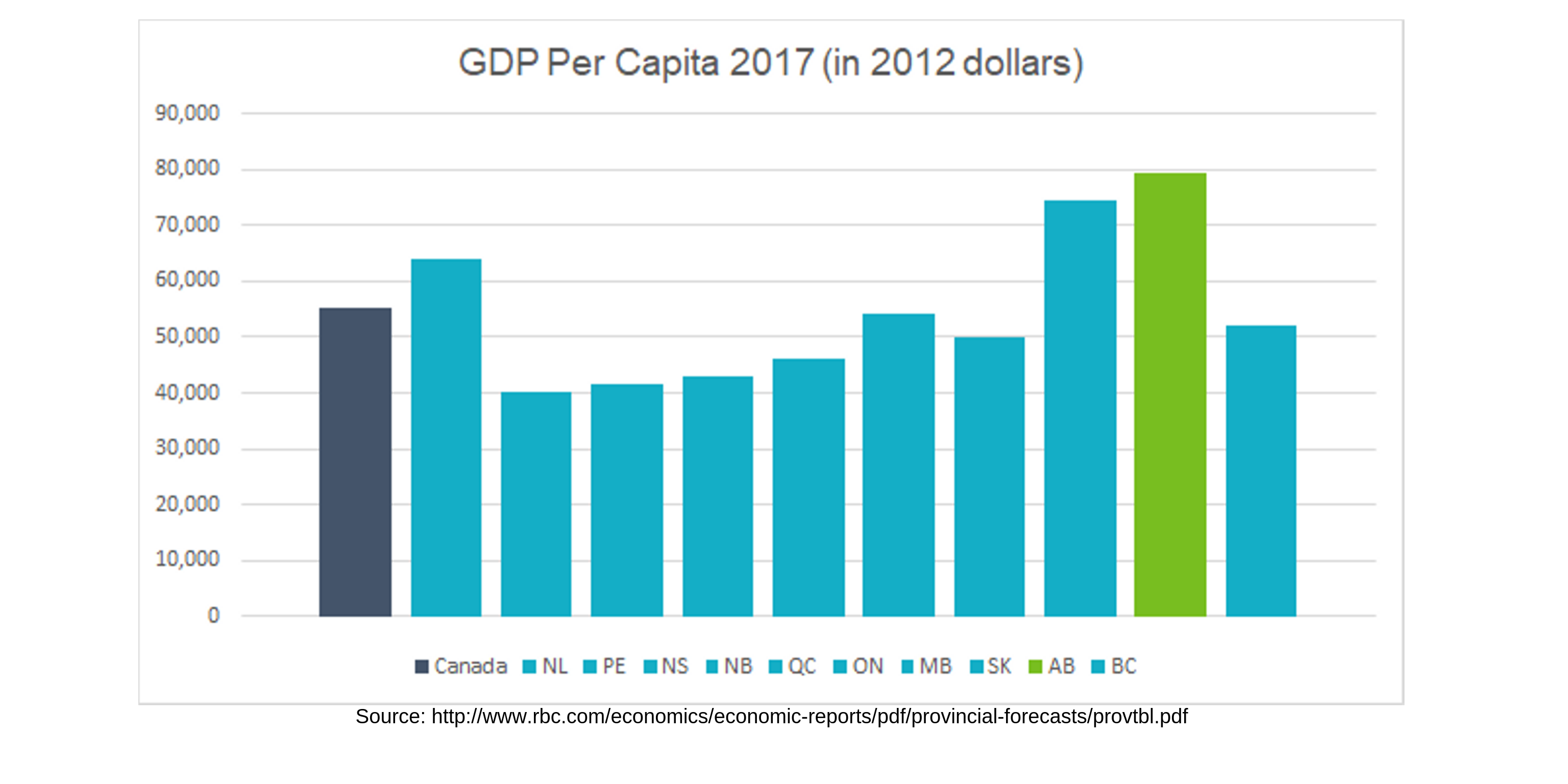 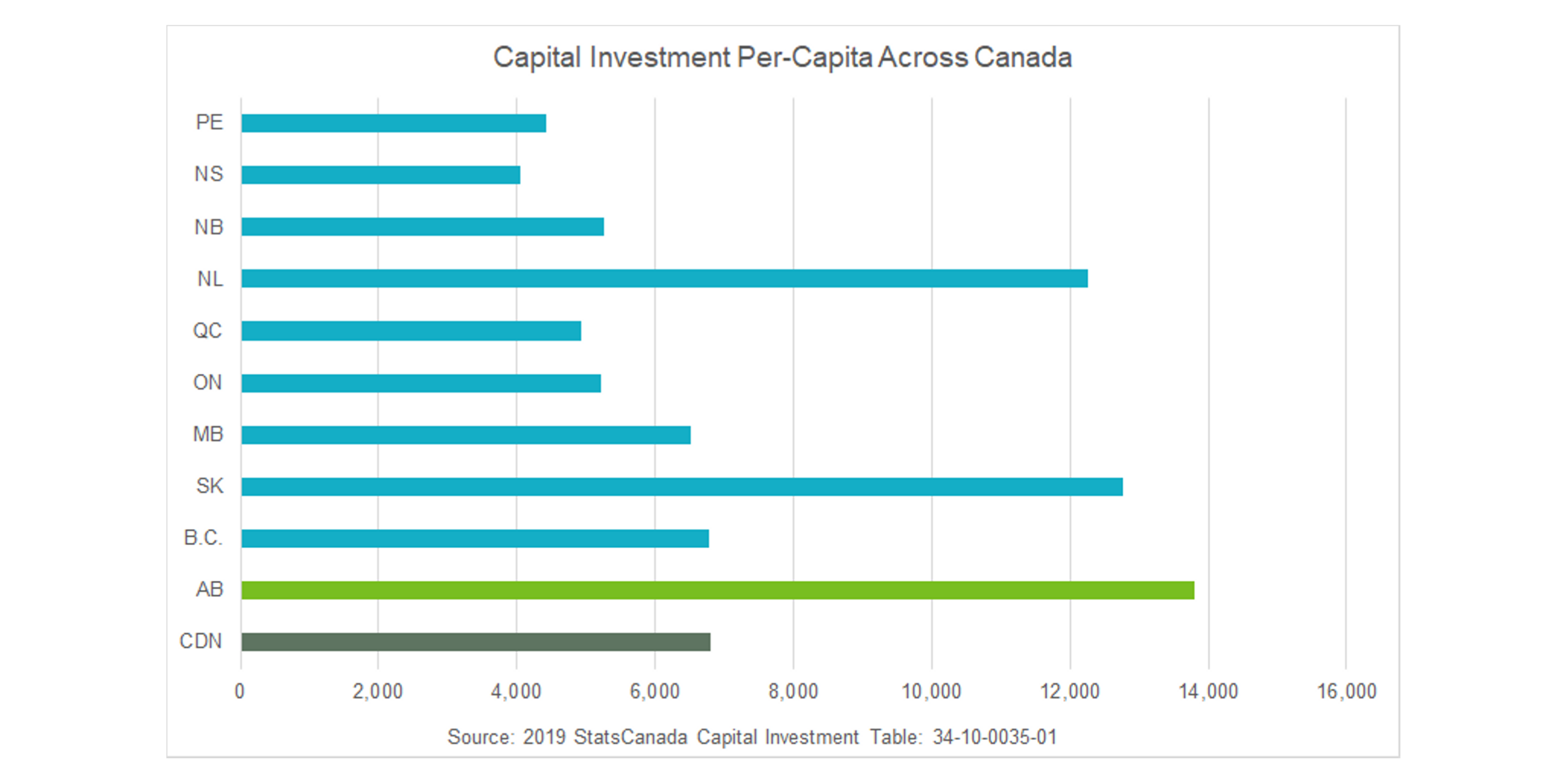 Alberta was hit hard by the collapse of global oil prices in 2014-15, but we still have the strongest economy in the country (as measured by GDP per capita) and we still attract more business investment per capita than any other province. Both of these things were true under the Notley NDP government, and they continue to be true today under the Kenney UCP government. The boom is over, but the sky is not falling.

2. The UCP says: We are spending beyond our means. 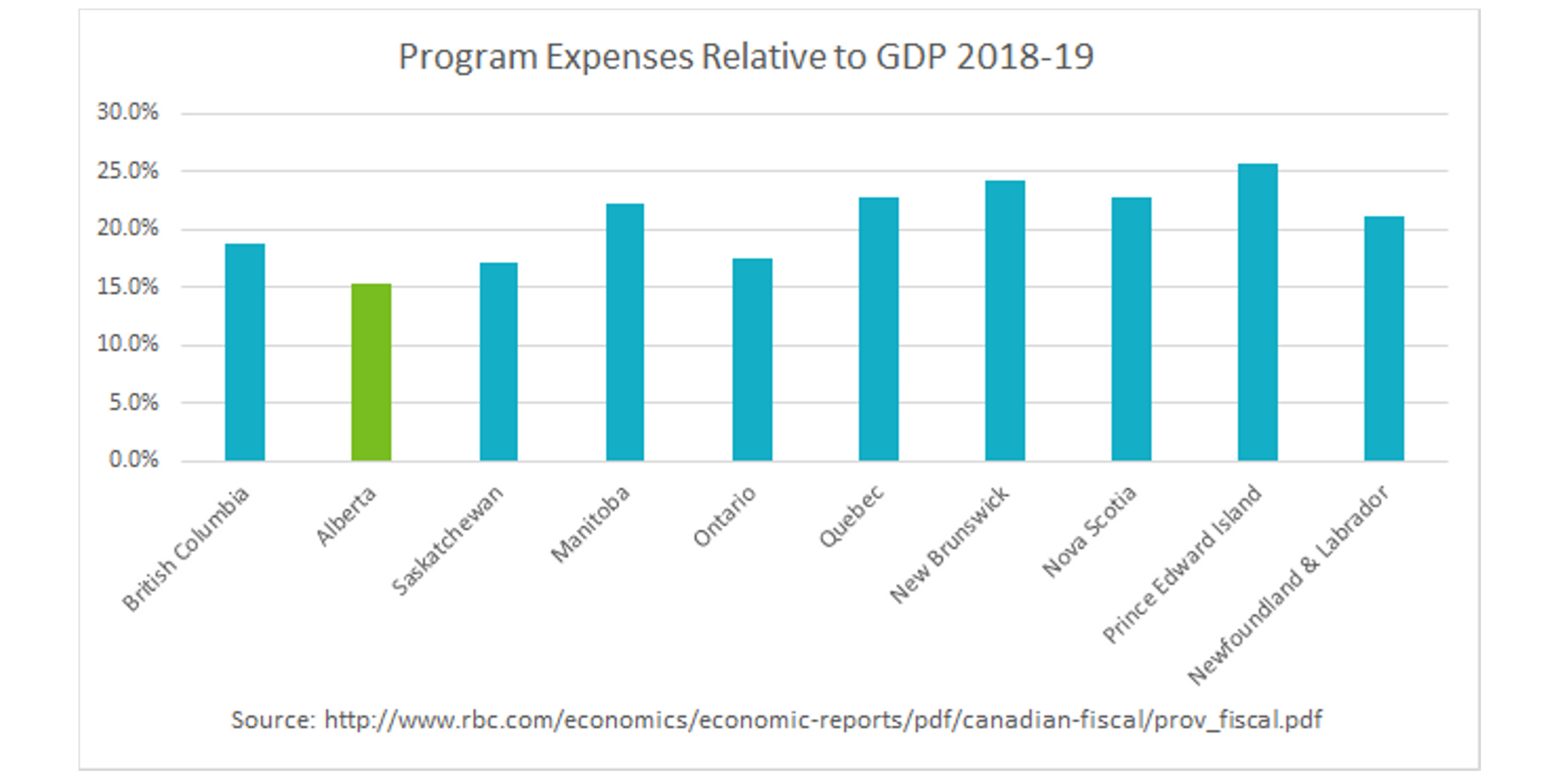 No other provinces spend less than Alberta on public services, as a proportion of provincial income (GDP). If the concern is “spending beyond our means,” we here in Alberta are notable for spending far BELOW our means. 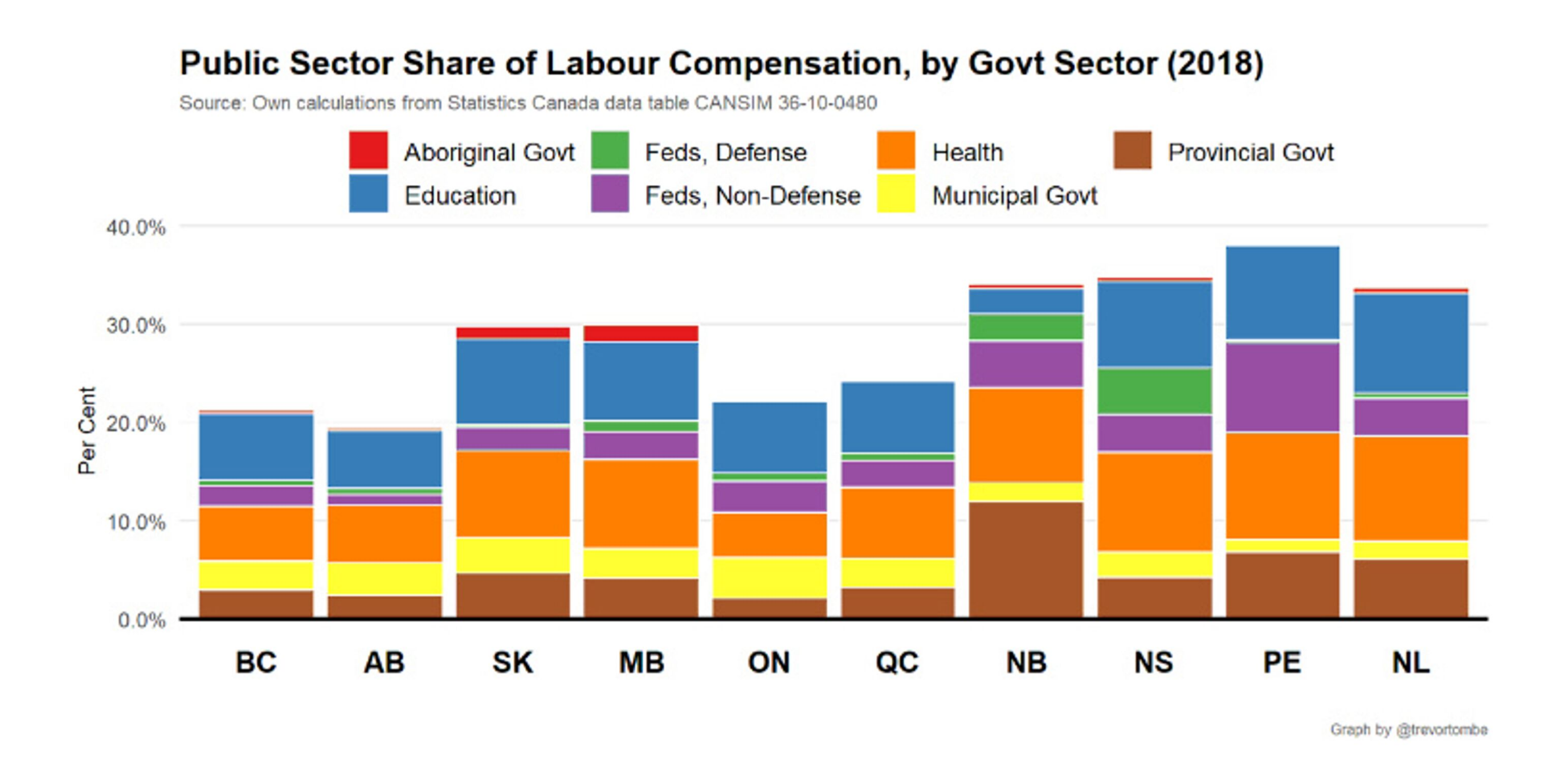 No other province has a fewer public-sector workers, as a share of the total workforce, than Alberta. If mass lay-offs are imposed, or if public-sector employment doesn’t keep up with population growth, we will fall further behind the Canadian mainstream and it will become even more difficult for the remaining workers to provide the services Albertans need and expect.

3. The UCP says: Spending was “sky-rocketing” upwards under the NDP.

The truth: When you adjust for inflation and population growth, Alberta public-sector spending has been pretty stable over the past decade, both before and during the NDP’s term in government. 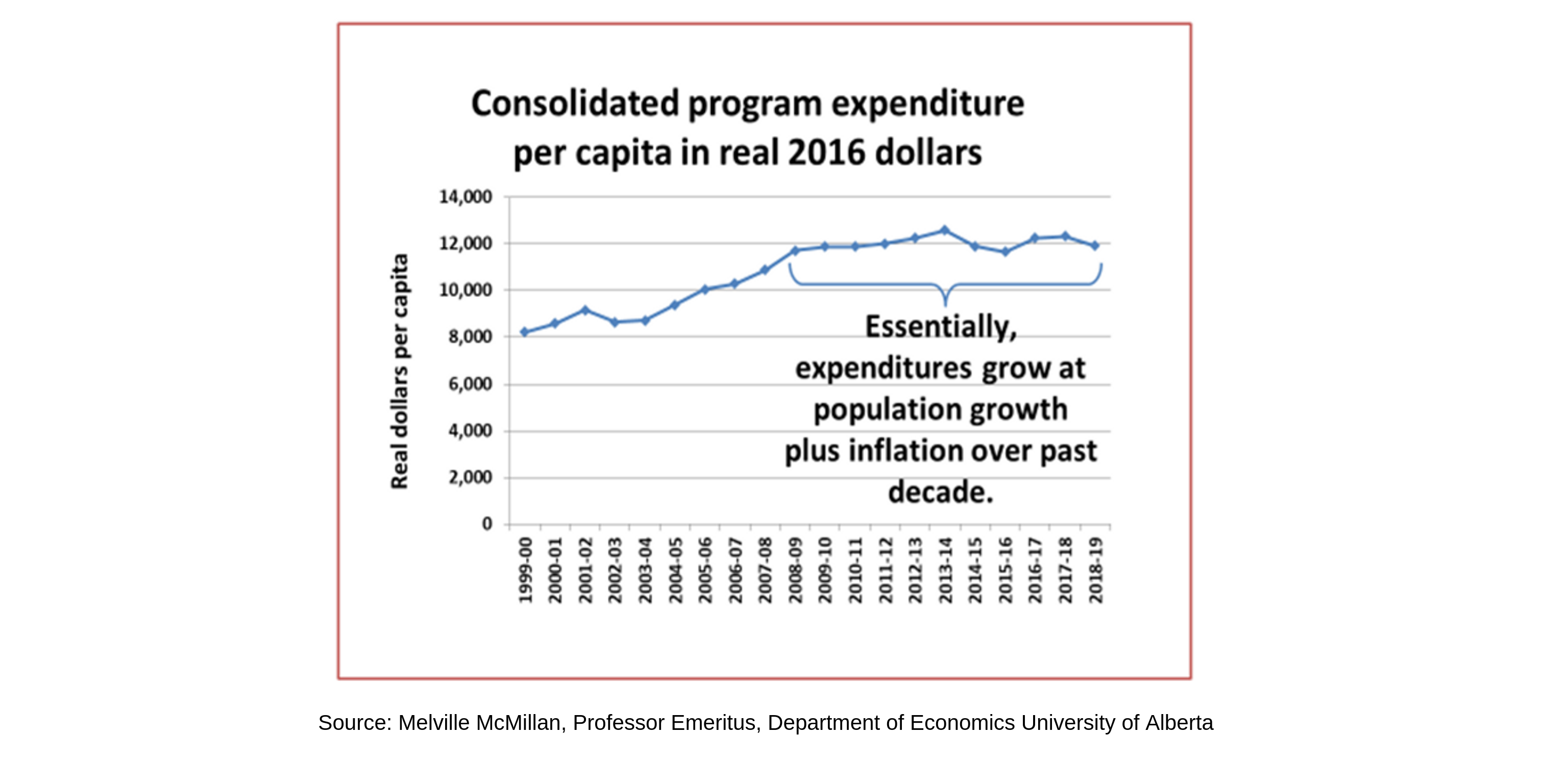 Far from “spiraling out of control,” public sector spending in Alberta has been pretty flat, barely keeping up with inflation and population growth.

4. The UCP says: Alberta is about to “hit the debt wall.”

The truth: Alberta has, by far, the lowest levels of debt in the country. 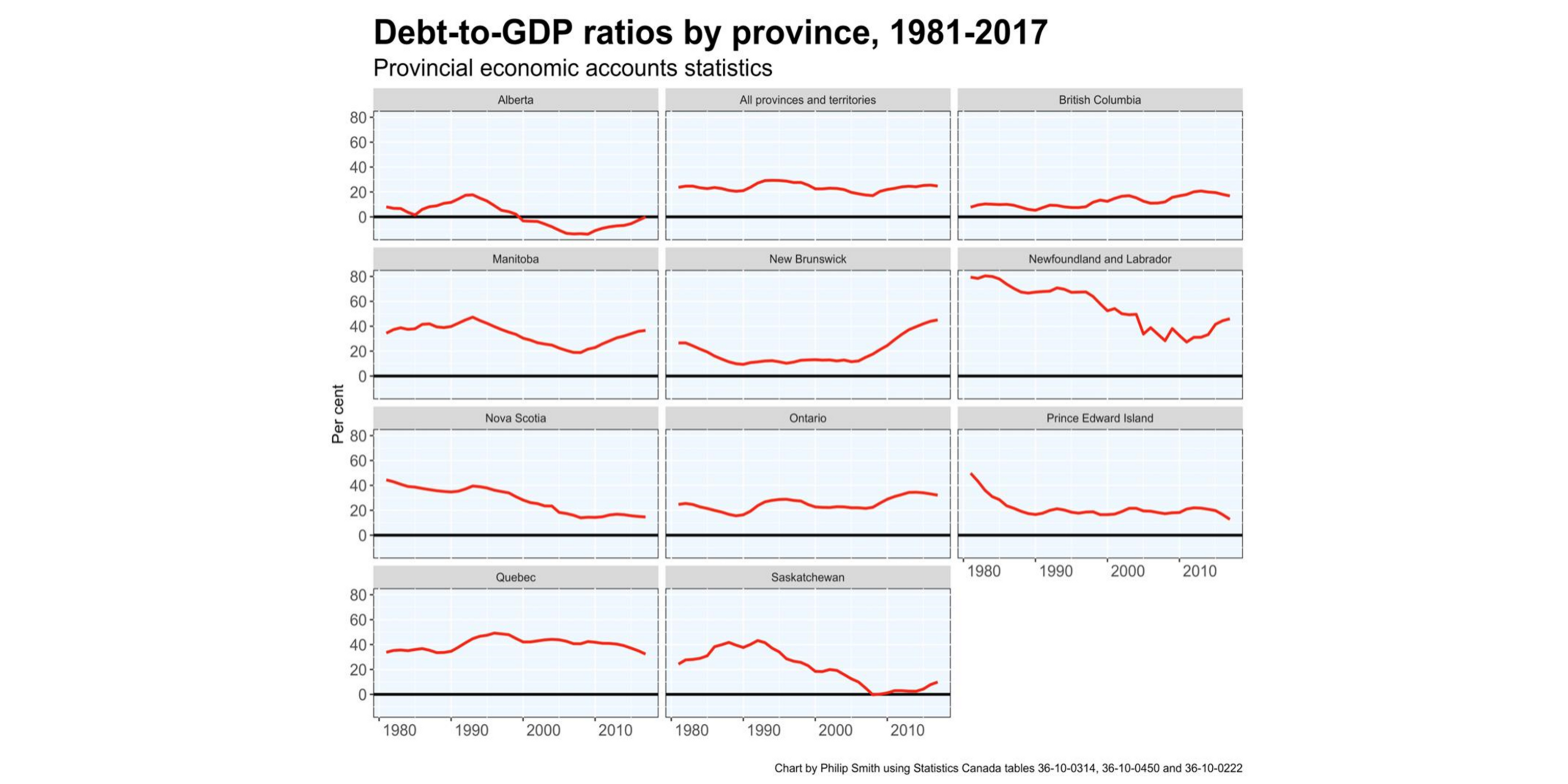 Even with the collapse in oil prices and the resultant collapse in natural resource revenue, Alberta continues to have the best balance sheet in the country. There is no province further from “hitting the debt wall” than Alberta. Obviously, deficits should always be taken seriously; but there is no immediate reason for panic, and certainly no justification for deep and economically debilitating cuts.

The truth: When it comes to pay, the Alberta government’s direct employees, the people who work in the provincial bureaucracy, are NOT out of line with their counterparts in other provinces. 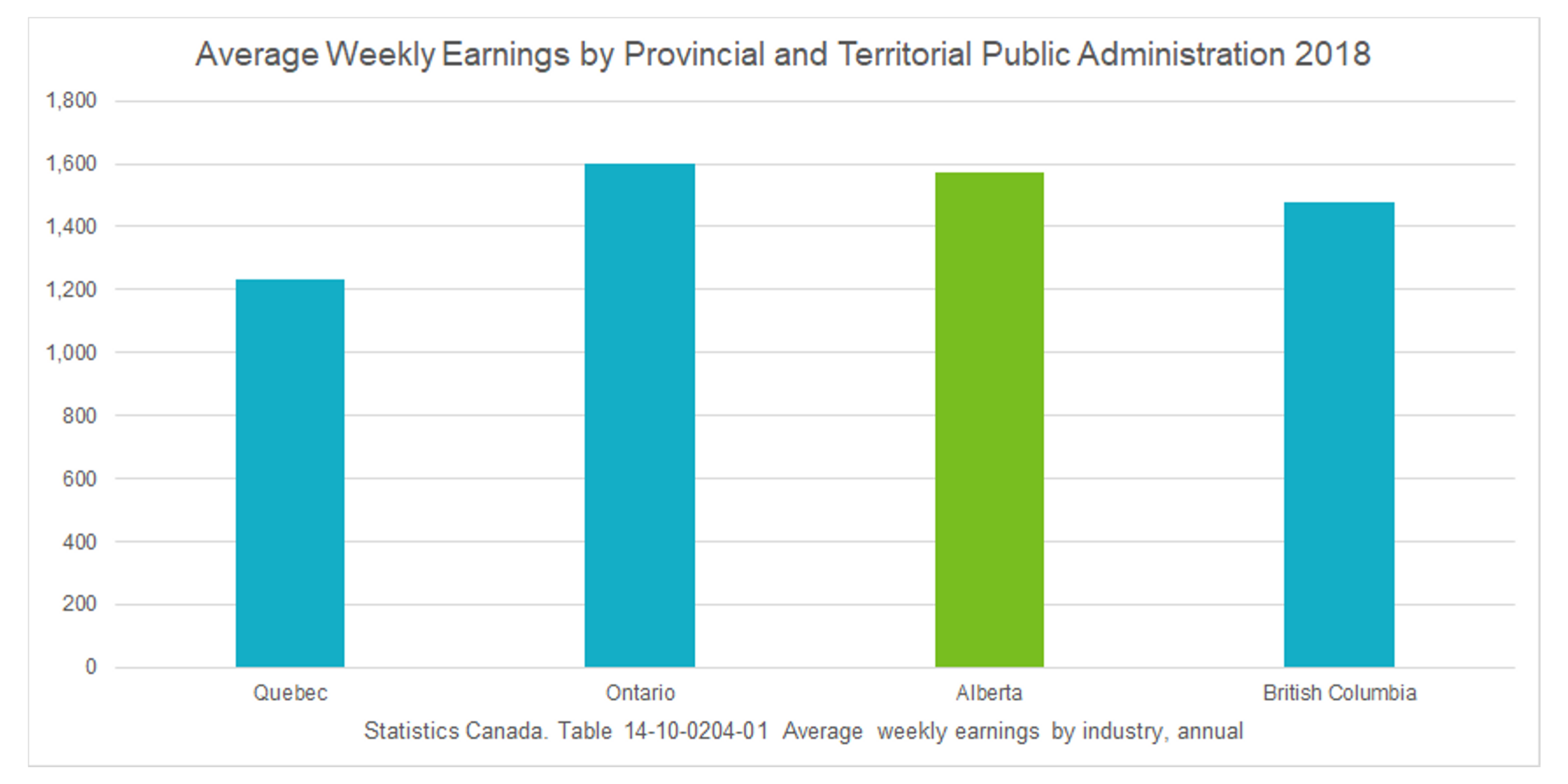 6.   The UCP says: Alberta public-sector wages are higher than the Canadian average. 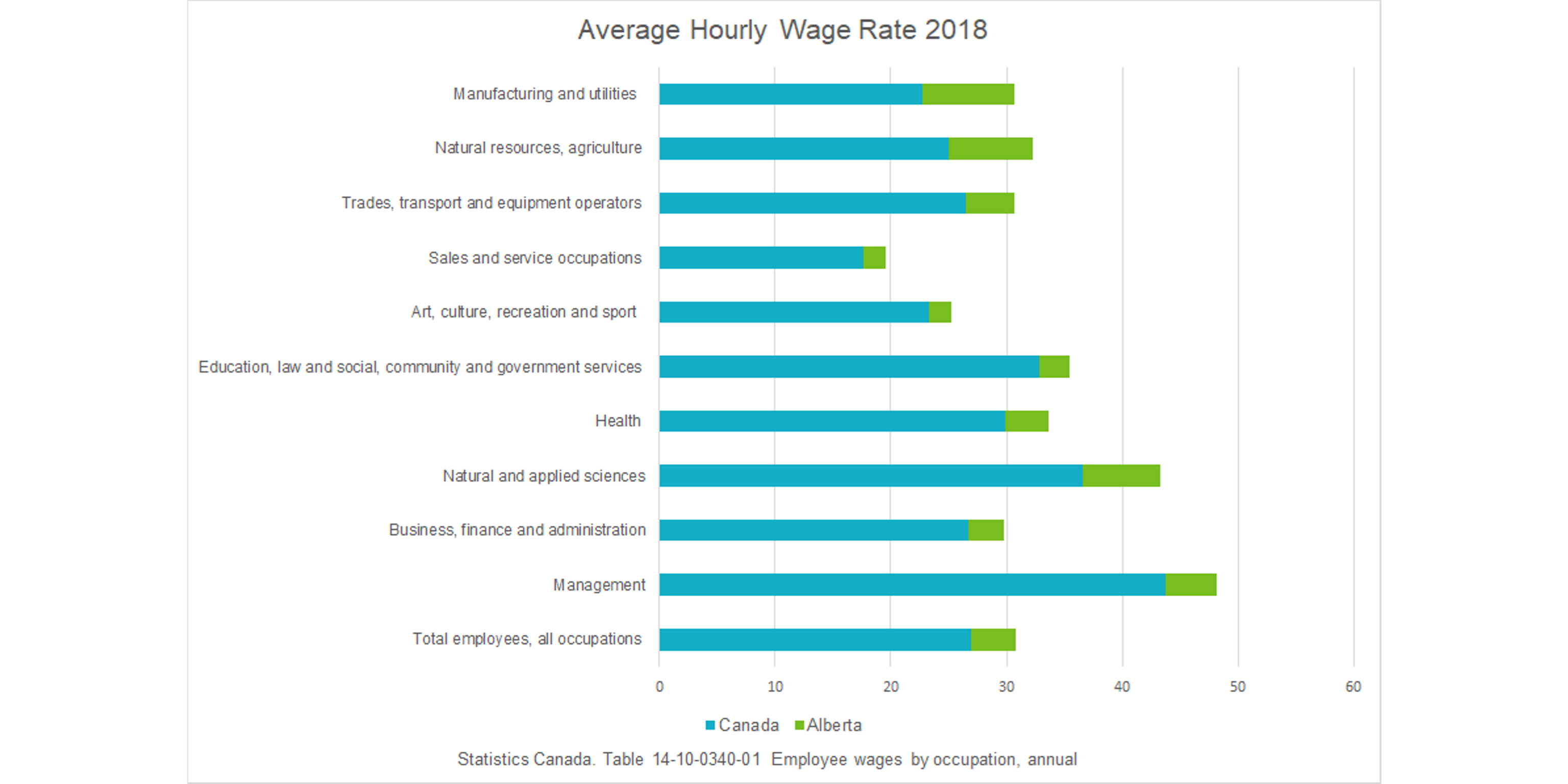 Context matters. All successful employers understand that they have to match or exceed the wages and benefits offered within the labour market in which they operate in order to attract and retain the staff they need. If the labour market in which you operate has higher wages, you have to offer higher wages; if it has lower wages, you can get away with paying less. It’s as simple as that. As a result of our oil and gas endowments, Alberta has a high-wage labour market. That’s the reality; and it’s something to celebrate, not denigrate. It is simply not reasonable or responsible for Alberta employers, in either the public or private sector, to say “I’m going to start paying my employees as if they live in New Brunswick.” It doesn’t work that way. Pretending that it does is foolish and misleading. 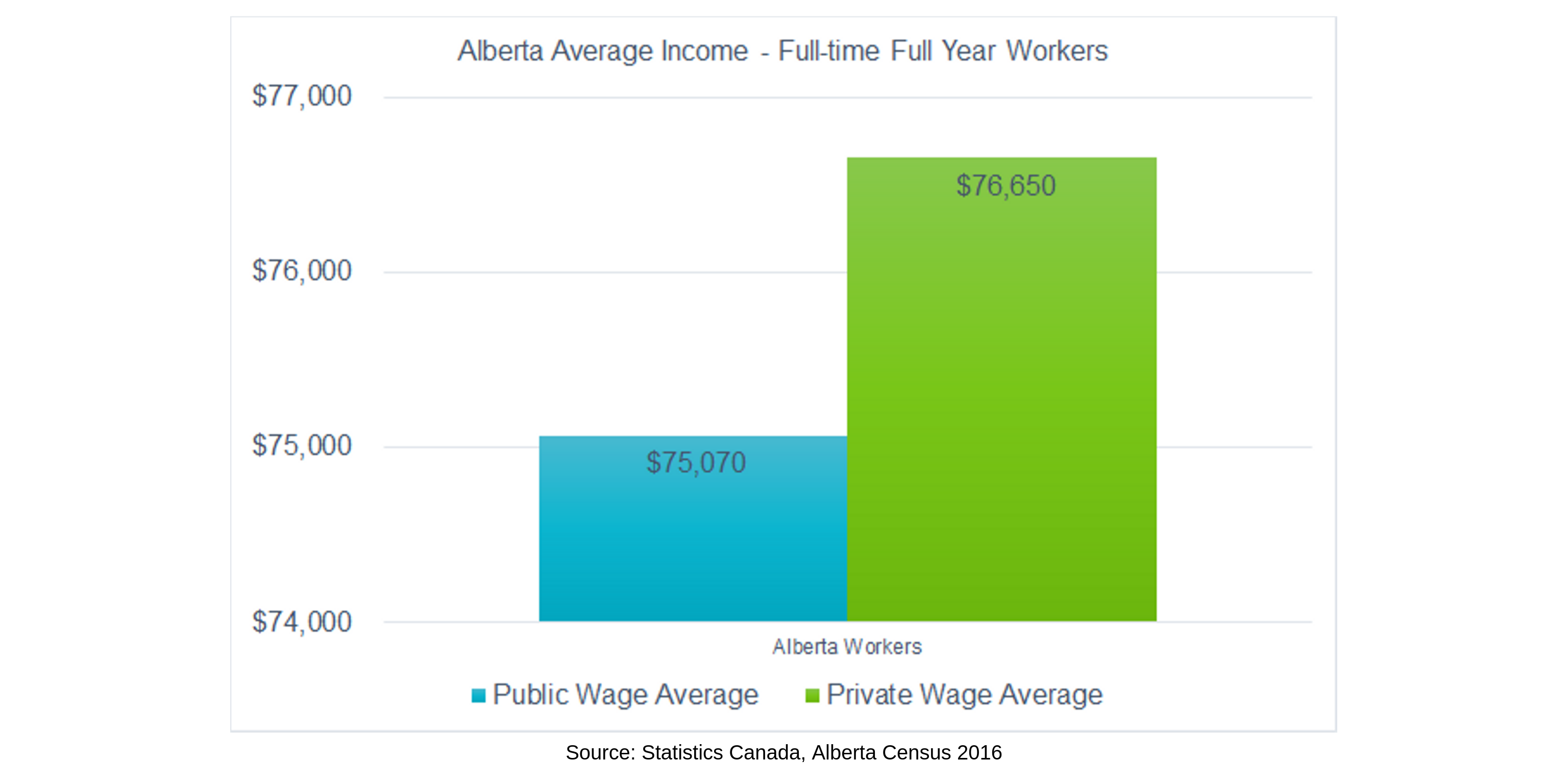 8.   The UCP says: The current deficit was caused by overspending

The truth: Alberta’s current deficit was caused by a structural over-reliance on natural resource revenue, which has dried up as oil and gas prices have fallen. 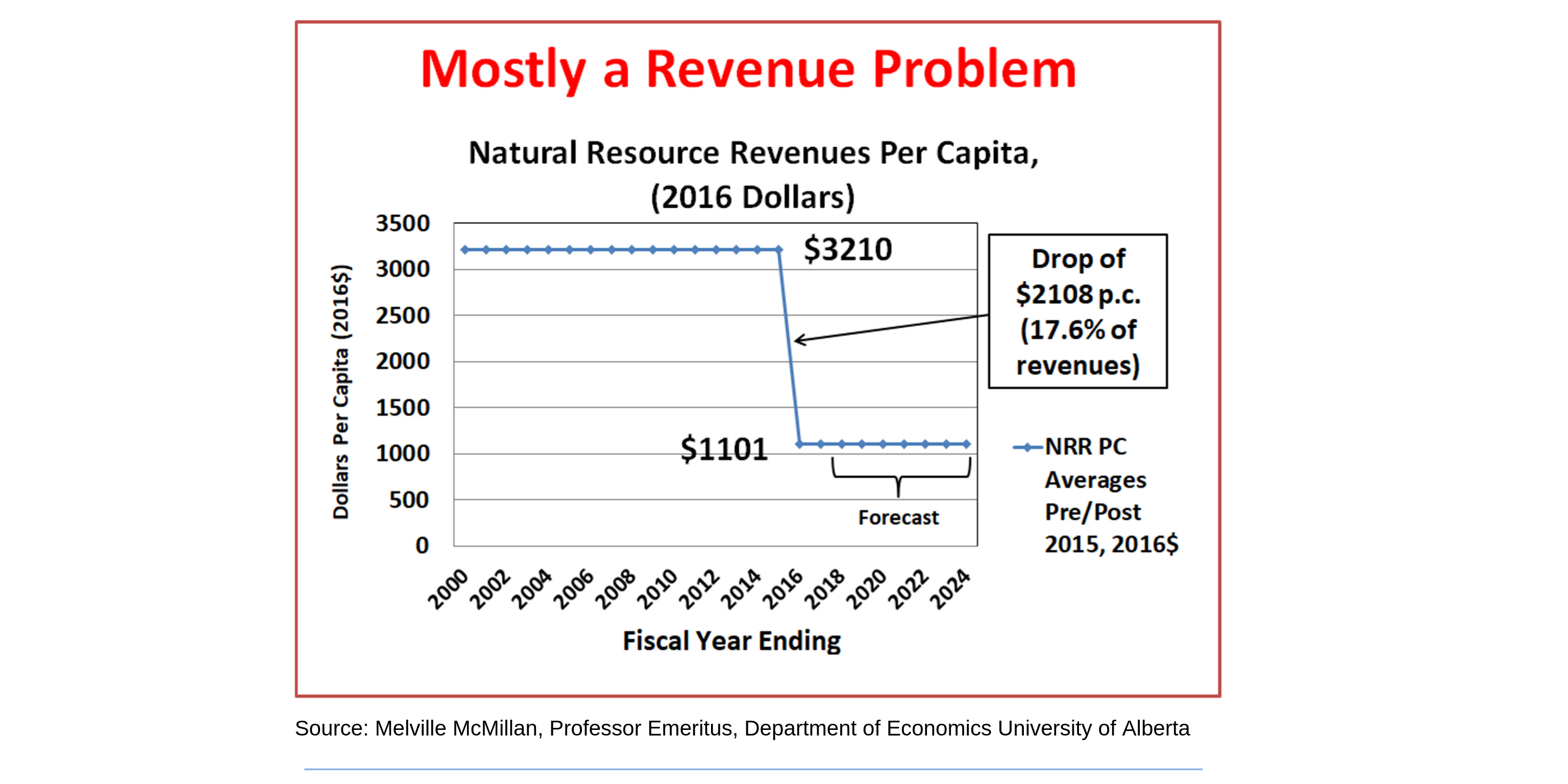 It’s a common misconception – deliberately fueled by conservatives – that Alberta’s current deficit was caused by overspending. The truth is that per capita spending on public services remained relatively stable under the Notley NDP. The thing that changed was revenue; especially revenue from natural resource royalties. As the chart prepared by University of Alberta economist Mel McMillan (above) shows, when the global price of oil collapsed in 2014 (largely as a result of the US fracking boom) per capita revenue for the Alberta government went into free fall. Almost all of Alberta’s current deficits can be attributed to this single factor.

The Truth: They never do. 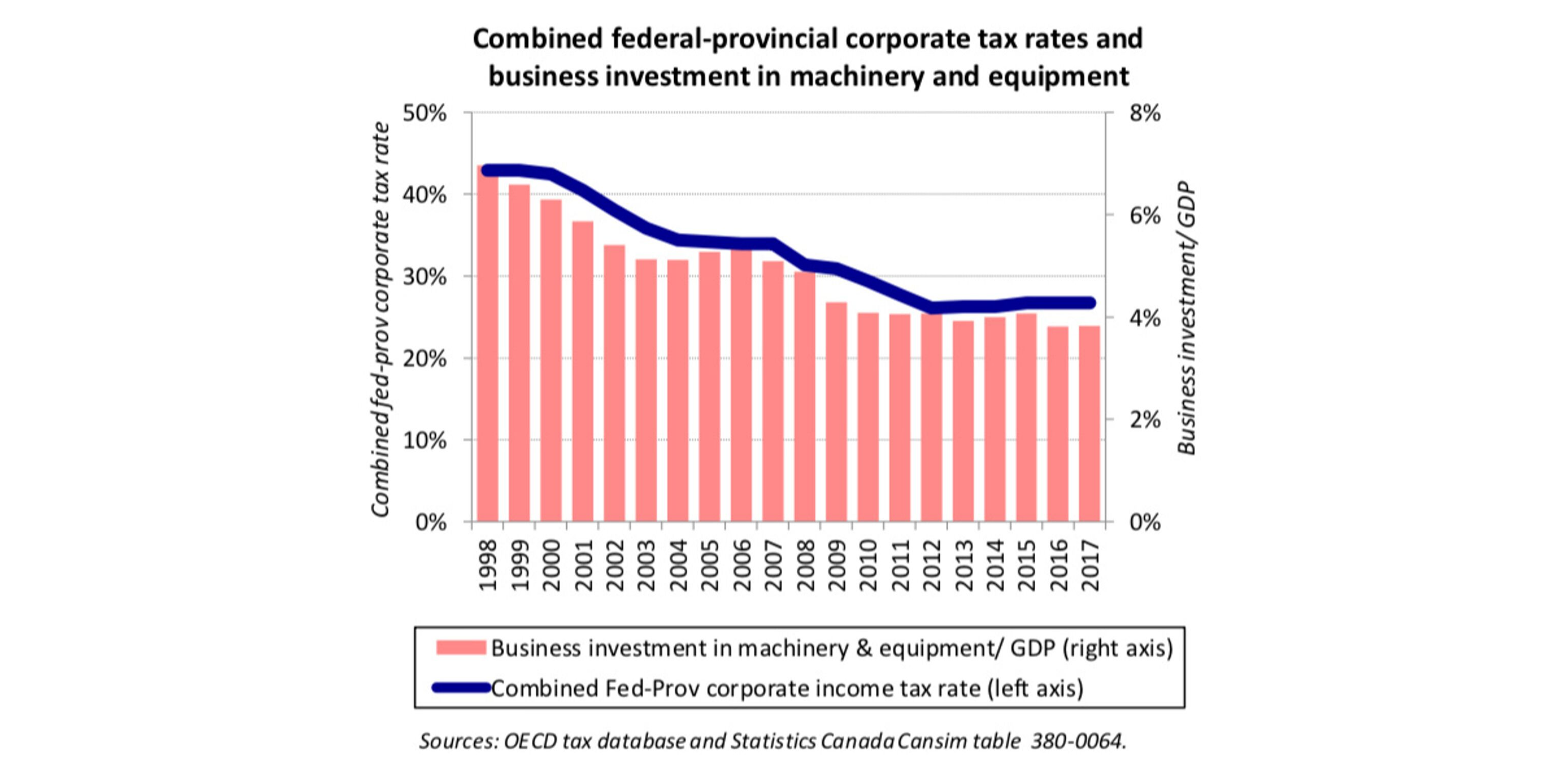 One of Jason Kenney’s most important core convictions is that lower taxes on corporate profits will spur investment. He’s based his entire economic plan on this notion. However, there’s very little evidence that it’s true. In fact, there’s a growing mountain of evidence from around the world that it’s not. Here in Canada, for example, lower corporate taxes have corresponded with falling, not increasing, rates of business investment. Instead of investing the proceeds of tax cuts, corporations have decided to “take the money and run.” So, here in Alberta, we will be cutting vital services and infrastructure in order to pay for corporate giveaways that won’t spur investment or jobs. In other words, we’ll be giving away something valuable (revenue that supports public sector services and infrastructure) and getting nothing in return.

10.  The UCP says: There’s no point in looking at the revenue side of the Alberta budget. 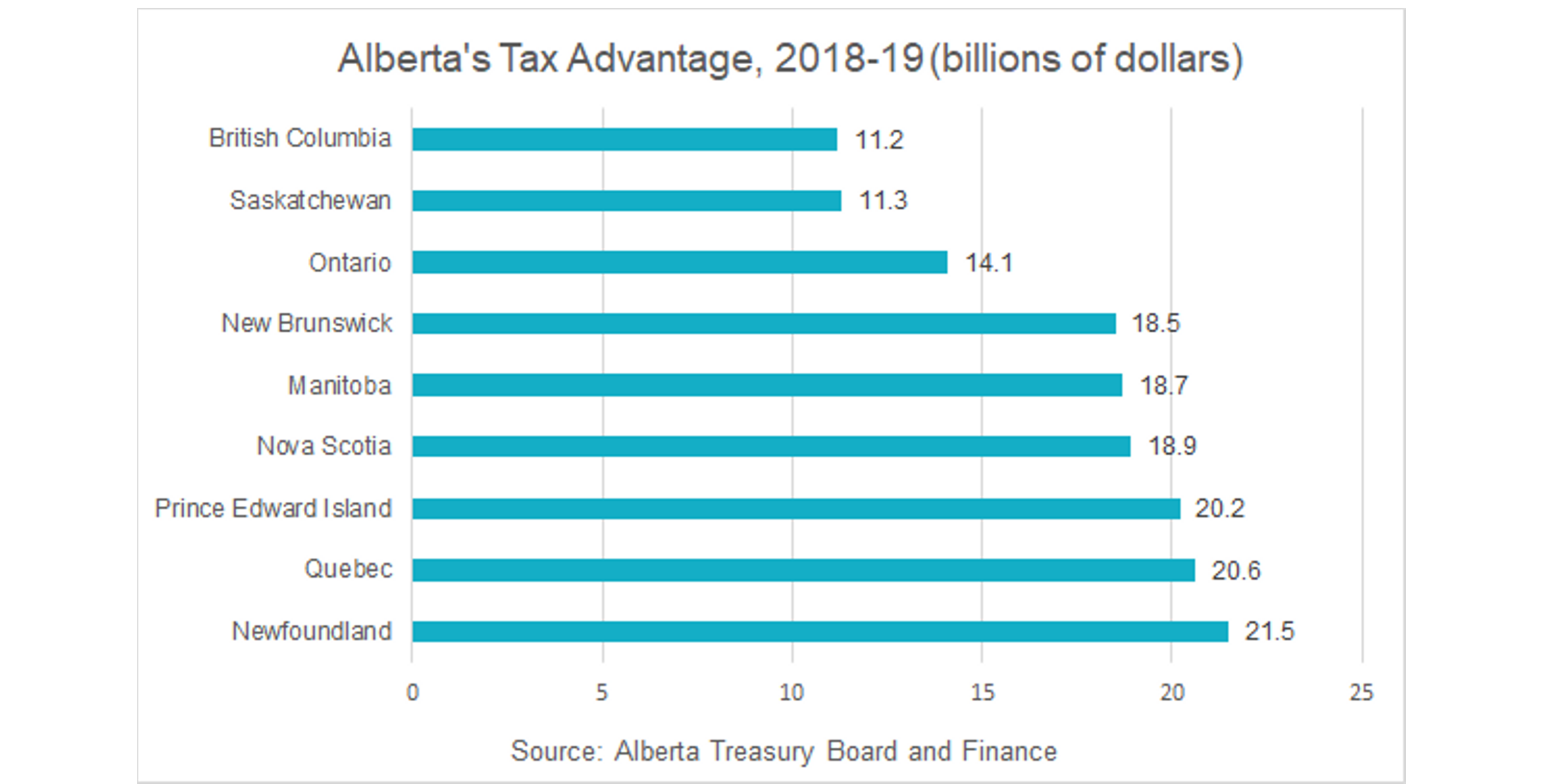 For decades, Albertans have been able to enjoy Canadian-standard services without paying Canadian-standard taxes. Former Premier Ralph Klein called this the “Alberta Advantage.” But the “Alberta Advantage” was a sham. It basically involved using one-time, windfall resource revenue to cover an average of 20 percent of our operating budgets, year in and year out, for decades. If you want to know why we didn’t save any money during decades of oil and gas booms, it’s because we used the money to subsidize artificially low taxes. Now that oil prices and resources revenues have collapsed (and are unlikely to ever return) Albertans have a choice to make. Either we can start paying something closer to mainstream Canadian taxes to pay for mainstream Canadian services, or we can cling to the myth of the “Alberta Advantage” and accept levels of service and infrastructure that fall far behind the Canadian mainstream. We at the AFL feel strongly that the former offers the only viable path forward; the latter is a recipe for economic decline and decay.